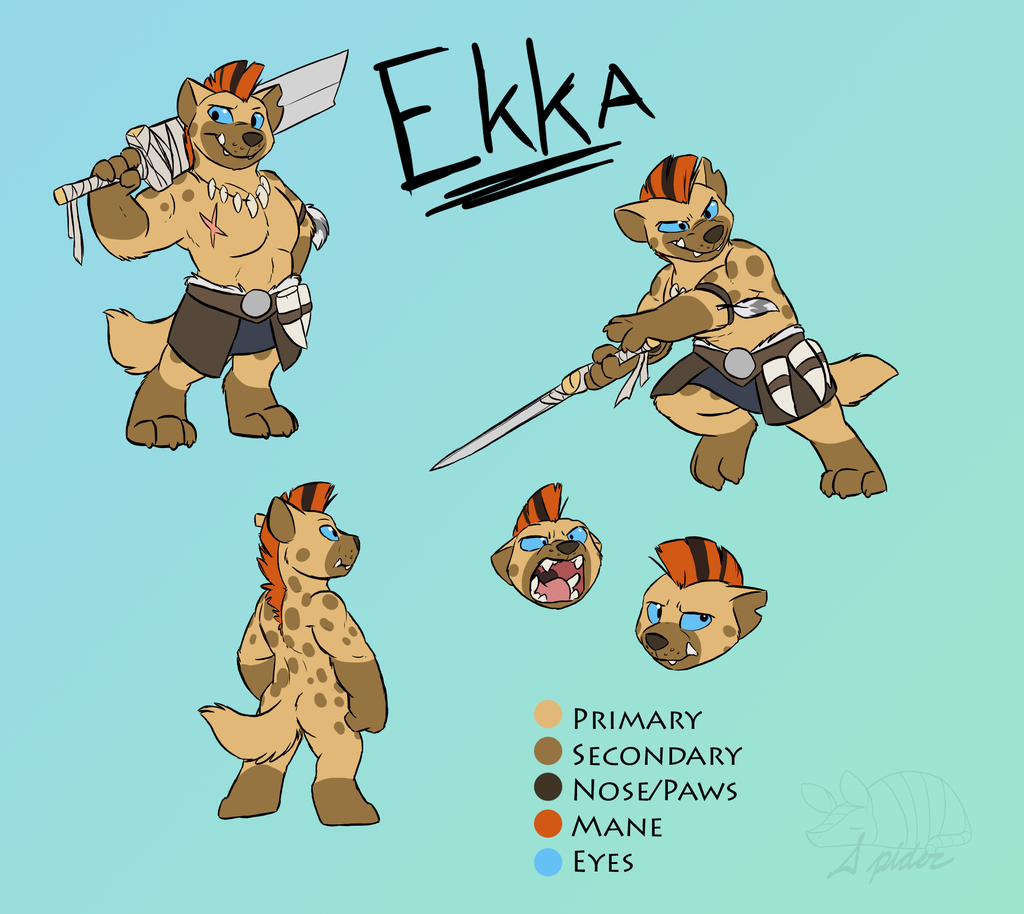 Ekka, Chuck's impetuous older sister and Ruvi's daughter. She's lean, powerful, and extremely wild. She can be quite cunning and dangerous to anything she sets her mind to, but her high strung energy and wild tempest demeanor throws off any focus she might have. She loves to spare with her tribemates and has taken a liking to using "physical contact" as a way to interact with others. Often this means roughhousing, shoving, punching, or hearty slaps on the back.

Chuck, especially, draws the attention of much of her physical affection.Even so much as on several occasions, he's been awoken with a firm punch to the face. Despite the abuse Ekka puts him under, she does hold a strong bond with her younger brother. She confides in him and sees him as one of the few tribe mates to really be able to understand and talk to her, even more so than her own father or the tribe's chief.