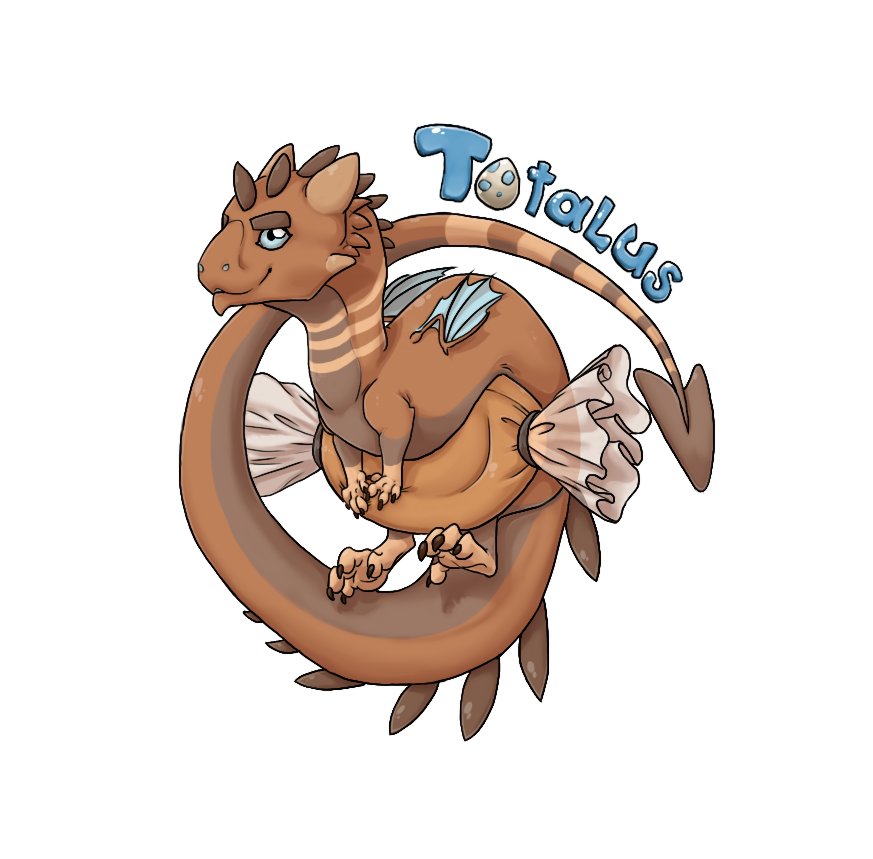 Totalus is a rather friendly, reasonably daft, flightless, dragon. His wingspan is 2/3 of the length of his body and due to his ability to store fat in the base of his tail, much like a crocodile, he tends to keep both feet on the ground at all times. The name 'chocolate dragon' doesn't refer to the flavour or texture of his body, but the colour and most of his kind are sweet natured in return. Though he understands human speech in multiple languages, he finds speaking them is rather difficult on his primitive jaw; frankly, he's much cuter when he purrs or chirps anyway.