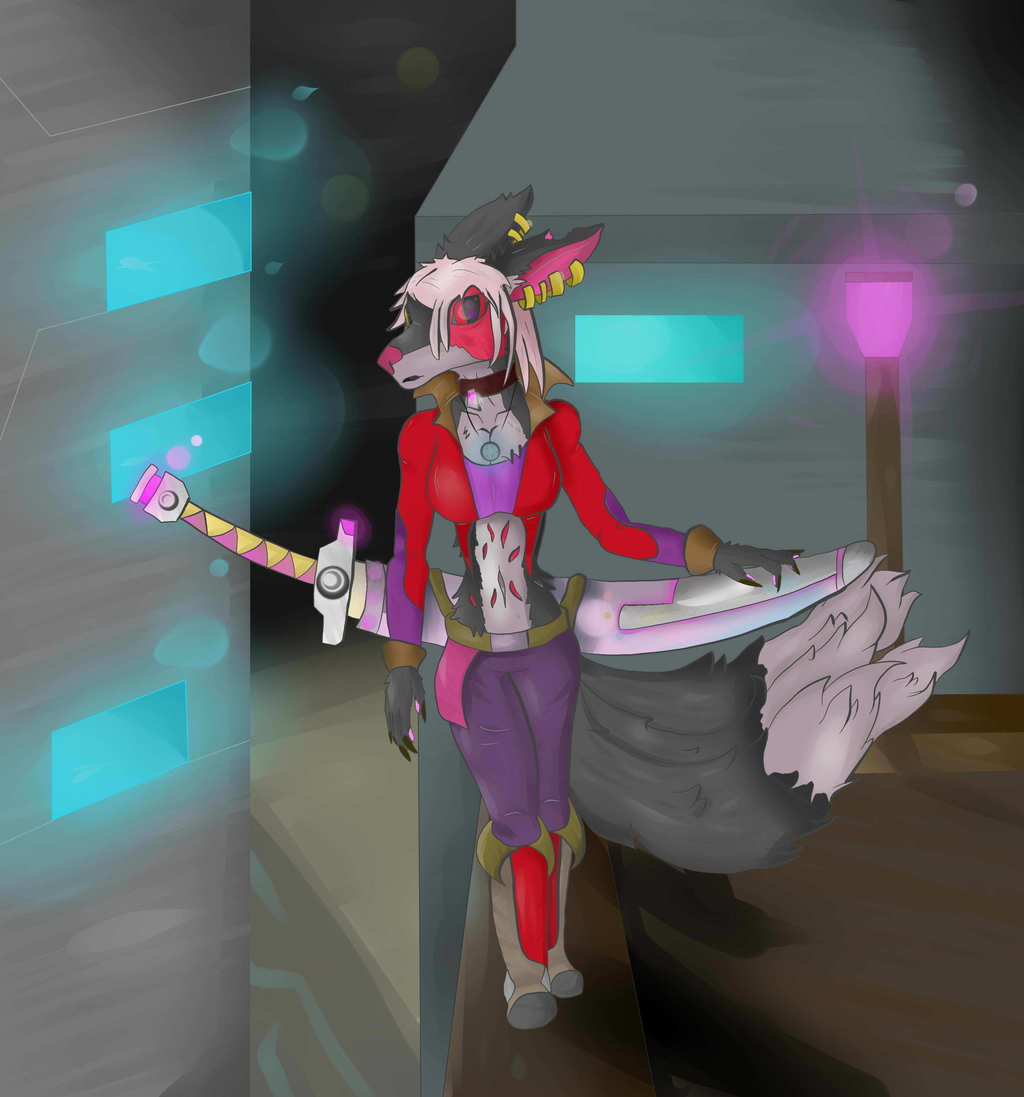 Yumi is a Nogitsune ninja; an exiled warrior with a very long, hard past. Her world is a ruinous wasteland, where chaos rules after the magnetic poles shifted. And her homeland, Japan, had been wrecked with war. During that war, Yumi worked as a mercenary, constantly flitting between job to job, killing and hunting monsters, oni, and humans alike. The burn that covers part of her face was from an Oni's attack, the stab wounds and slash across her torso from a vicious golem warrior. The other scars- she doesnt even remember where they all came from. Pain is one of her only allies left, as her old friends have fallen one by one. Her mask was the remains of a human friend's, the necklace was from the Hoshi-no-Tama of the one Nogitsune she knew for so very long.
And now, as Yumi failed to save her homeland, she fled. Now, she lives alone in the remains of an old lighthouse off on the shoreline somewhere in southern Europe, still working as a ninja mercenary for anyone who is willing to pay for her. Or, for those who need her.
Yumi may be guilt stricken for those she has failed, but she has also saved so many and no matter what, she will guard those who she is close to. Many of the wounds she bares were from taking a blade or bullet for a friend, ally, or lover.
And no matter what, she endures. Yumi has slain many evils in her life, and she never stops. And she will always be there for those who need her.