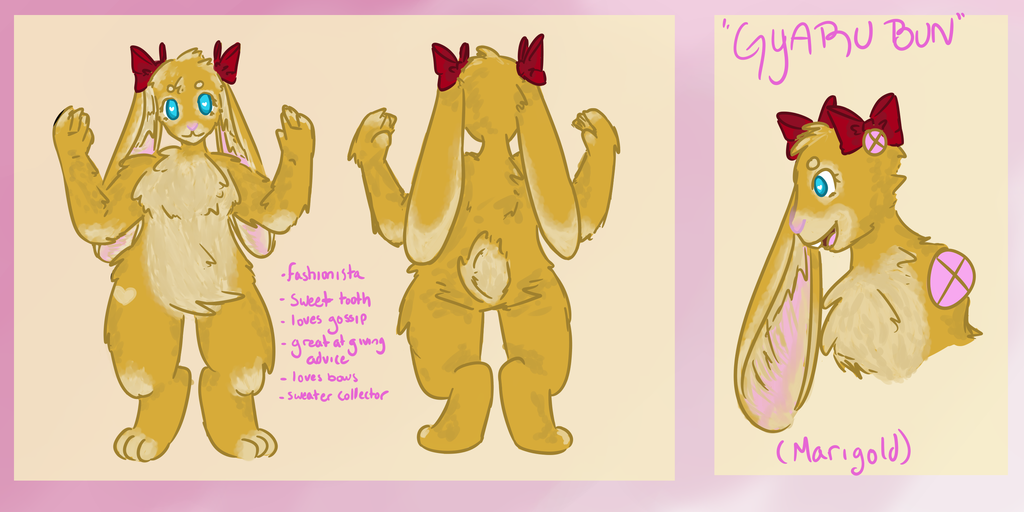 Marigold, also known by the handle Gyarubun, is a fashion-loving rabbit who enjoys sweets, gossip, and shopping. She's actually fairly smart, even if it might not show immediately, and she's loyal to her friends. Marigold is a bit squeamish when it comes to horror, but show her a good comedy and you've got her hooked. She's a bit of a hopeless romantic, but she's terrible at picking up when other people are flirting with her. She dislikes being called Goldie, and would rather be called by her internet handle, Gyarubun, or just Bun, and even the occasional Honeybun.