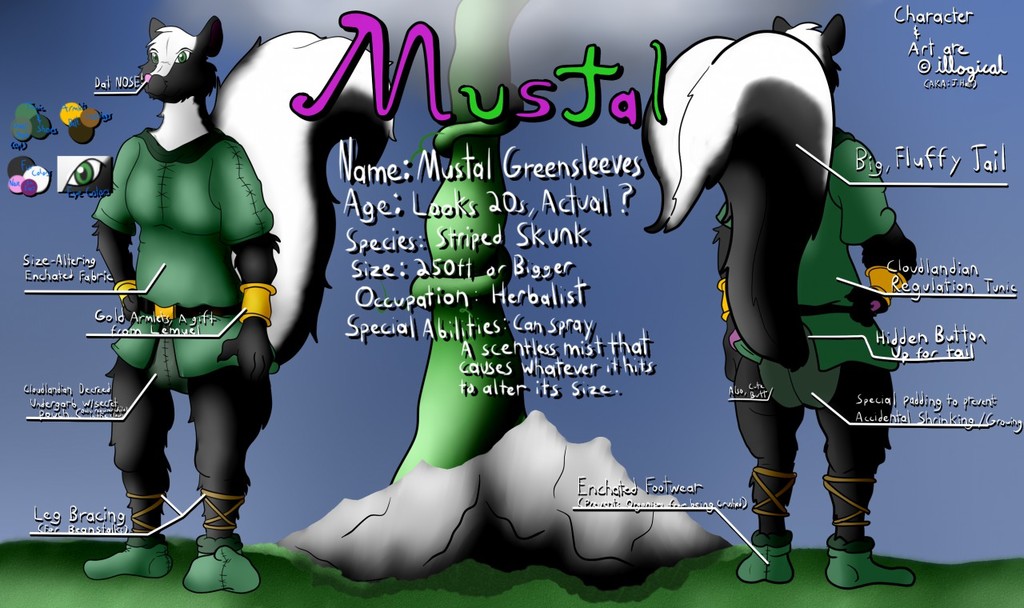 I had a costume change a while back (which I will keep, just not going to have in a ref currently), but I wanted to return to an old version of Mustal's look, with a few additions, such as climbing leg braces and gold armlets. Also I decided to return to the undergarb (Something most folks REALLY hate seeing him wear).

A few notes on this redesign:

Sorry for the long explanations, just trying to curb others fears and fetishes that might be geared towards Mustal.

Please enjoy the artwork at least.