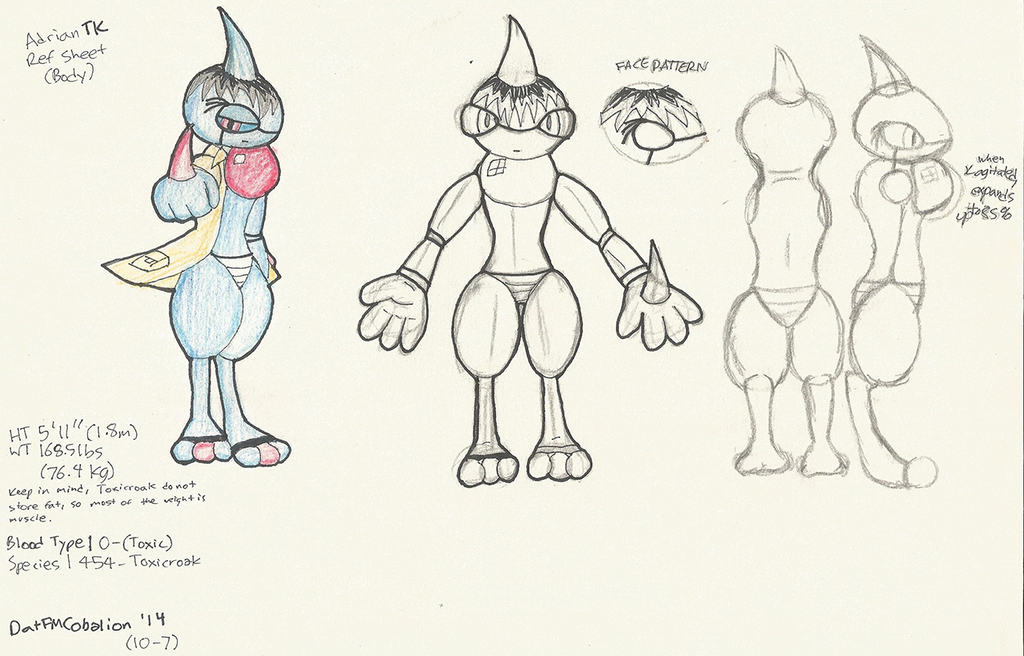 Adrian was born only to a mother (his father is still nowhere to be found). His mother, a serious drug addict, ended up putting him up for adoption on September 8, 1997, because Child Services was about to relocate him anyway. Even though he hasn't spoken to her since that day, he heard she had cleaned up and was now living in Alabama.

From age 3 to 13, he was in and out of foster care. The worst family was this hyper-religious couple who got rid of him after he got to personally meet Arecus by pure chance on the Space Needle in 2007 (which was how he evolved so early, since Croagunk don't usually evolve until age 16). It took him several days to convince he wasn't some stranger, and even then they thought he was insane to have seen the Alpha pokémon herself.

The first family that finally kept him was a homosexual couple who originally lived in Sacramento but moved up north after California passed (the short-lived) Prop 8. Of course, kids tried to pick on him for that fact, but they couldn't get over the fact he had evolved pretty early.

Currently, he is attending community college in Renton, WA.

His attitude is a little abrasive and at times he is firm, but often times he doesn't intend to be (and often tells himself not to act like that).

If you are going to use this character, please ask first. DO NOT use this character for adult situations unless I have given you explicit permission, and even then there are restrictions. Message me for more details.