Tribble the Rat by Sidewalk Surfboard 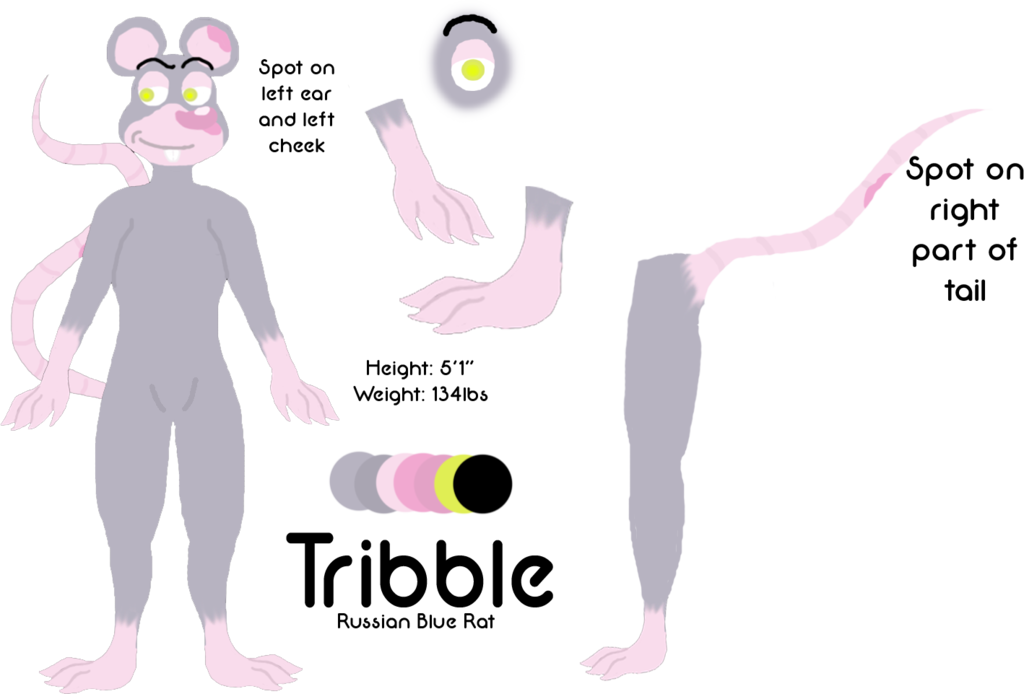 Tribble is a 23 year old Russian Blue Rat, with light pink skin which sports darker pink spots on certain parts of his body (such as his tail), and yellow eyes.

Tribble has a generally cynical personality. He often gets in trouble for it, but brushes it off quickly and goes back to his habits. He can often be caught trying to get his version of revenge, which thankfully is mostly harmless pranks.

Sexuality wise, he is questioning. He isn't sure of what he is yet, but he's leaning on bisexual. He has a particular attraction to smaller rats and mice.

Tribble has a fascination with 80s music and culture. His favorite bands, not surprisingly in this case, are the Rock Afire Explosion and the Pizza Time Players. He has a rather large celebrity crush on Mitzi Mozzarella, he trying to keep track of every new album she releases and the like.