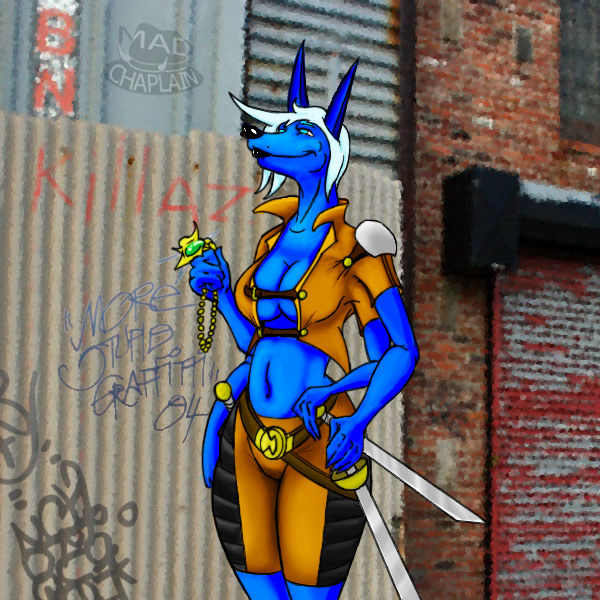 Artwork done by wog, some many years ago! I'd originally named her Ikkou, but I decided to place her in the Near East instead, and that name no longer suiting her, the name Janan (Arabic, heart/soul) came to me.
There's much more to her here...she'll come along in due time.