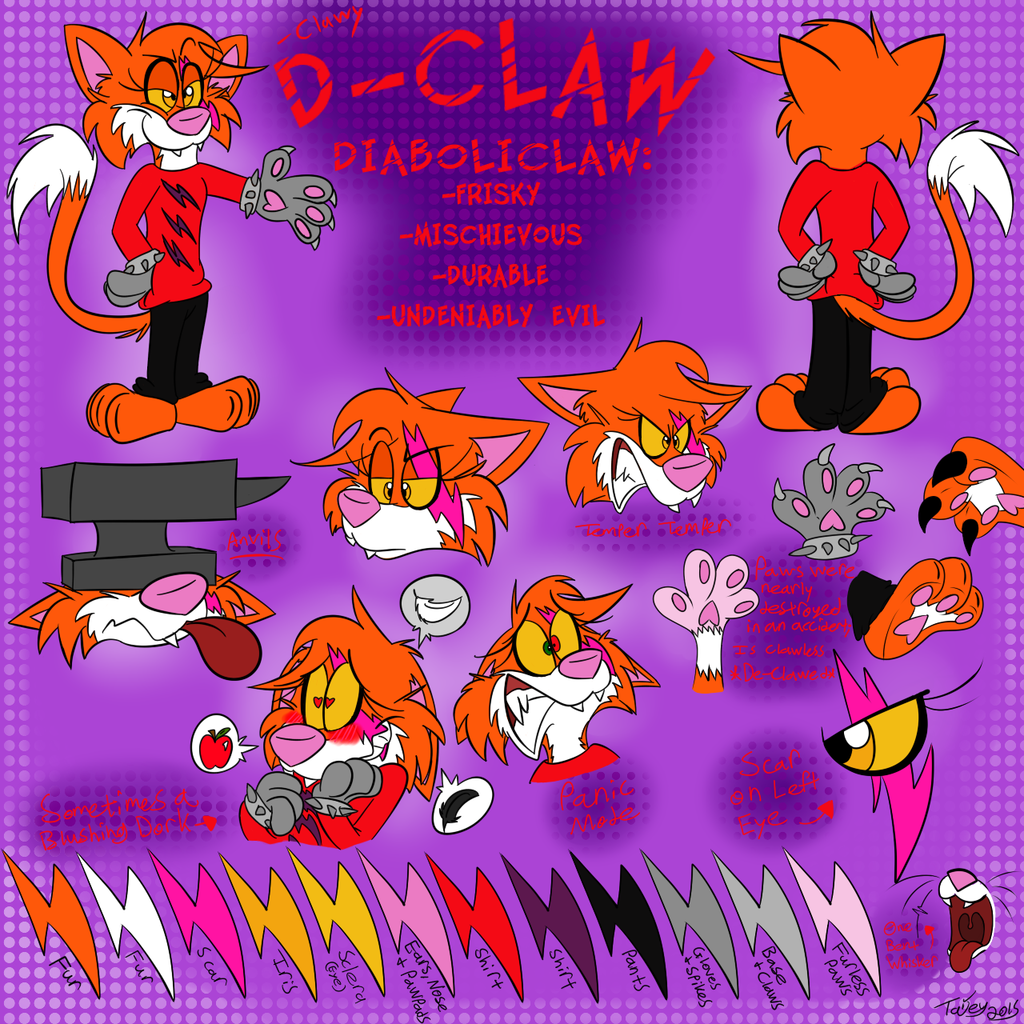 A crazed Villainess out for revevge, meet Dr. Diaboliclaw...or D-Claw for short. Thanks to an accident causing a bit of contaminated glass to cut across her eye, chemicals that singed off most of the fur on her paws and her claws, she wears claw gloves. Her insane mind is not to be taken lightly; if theres a way to build a ray gun or laser, she'll use it. In her mind everything would be a perfect world if (1) She had Cold Fur City under her claws and (2) Meddlesome Superheroic Rodents would keep their noses in a book.

-The real paws are rarely ever shown; she mostly wears the Claw Gloves...for good reason.

-The name D-Claw is legitimately a pun name because she is in fact De-Clawed.

-Eyes have a somewhat bold outline due to lack of sleep.

-Breed of the House Cat Variety-Tabby

-Odd Foot Paw Fur Pattern...I don't know why but I think its cute.

-Evil is more fun than bein' a Superhero.

-Plot Foiling Superheroic Rodents need to mind their own business.

-Reason for Scar is the Same reason for being De-Clawed.