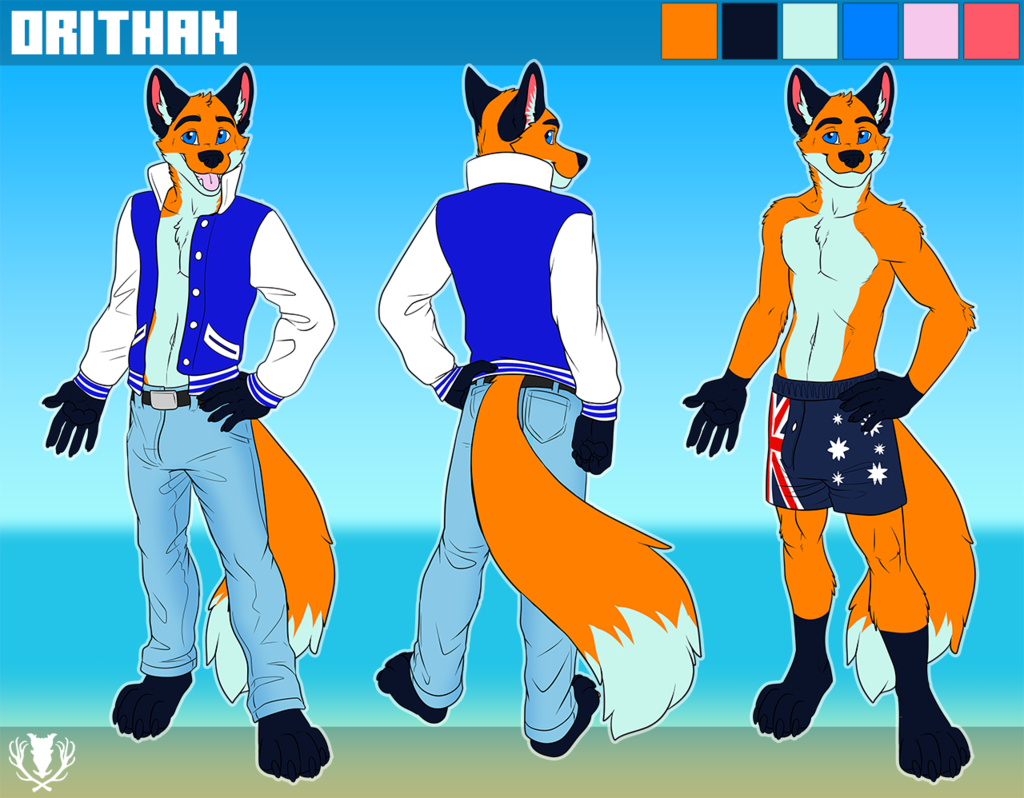 Orithan is an anthropomorphic Red Fox, clad in soft deep orange fur and a very pale (almost crystal-) blue blaze and tail tip. He also has very dark, almost black, fur on his hands, feet and backs of his ears; the black fur covering a small part of his arms and legs as if they were short gloves and socks. His eyes, instead of the typical brown or green, are blue and are human-like. His tail is average for a Red Fox and is quite bushy, about 60% of his body height long. Other notable features include a plantigrade stance, reduced paw pads, no black muzzle stripe and reduced fur of the inside of his ears.

What he wears varies, though his attire is usually quite unflattering. He likes to wear a blue and white college jumper, though with no shirt underneath and a pair of light denim jeans. He also usually wears a pair of black shoes and a pair of boxer shorts, often a pair that depicts the Australian flag. His jeans is usually kept secured on him via a belt.

Orithan is what you would consider to be a sensitive but judgmental fox. He has a knack for hearing voices from behind walls and doors, eavesdropping on others in an attempt to get the full picture of what is going on. This often leads him into judging the situation at hand inappropriately, sometimes even getting himself into trouble. Once he judges a person, there is little chance that his attitude will change to that person for a long time unless they can specifically prove something about themselves that directly contradicts his judgement.