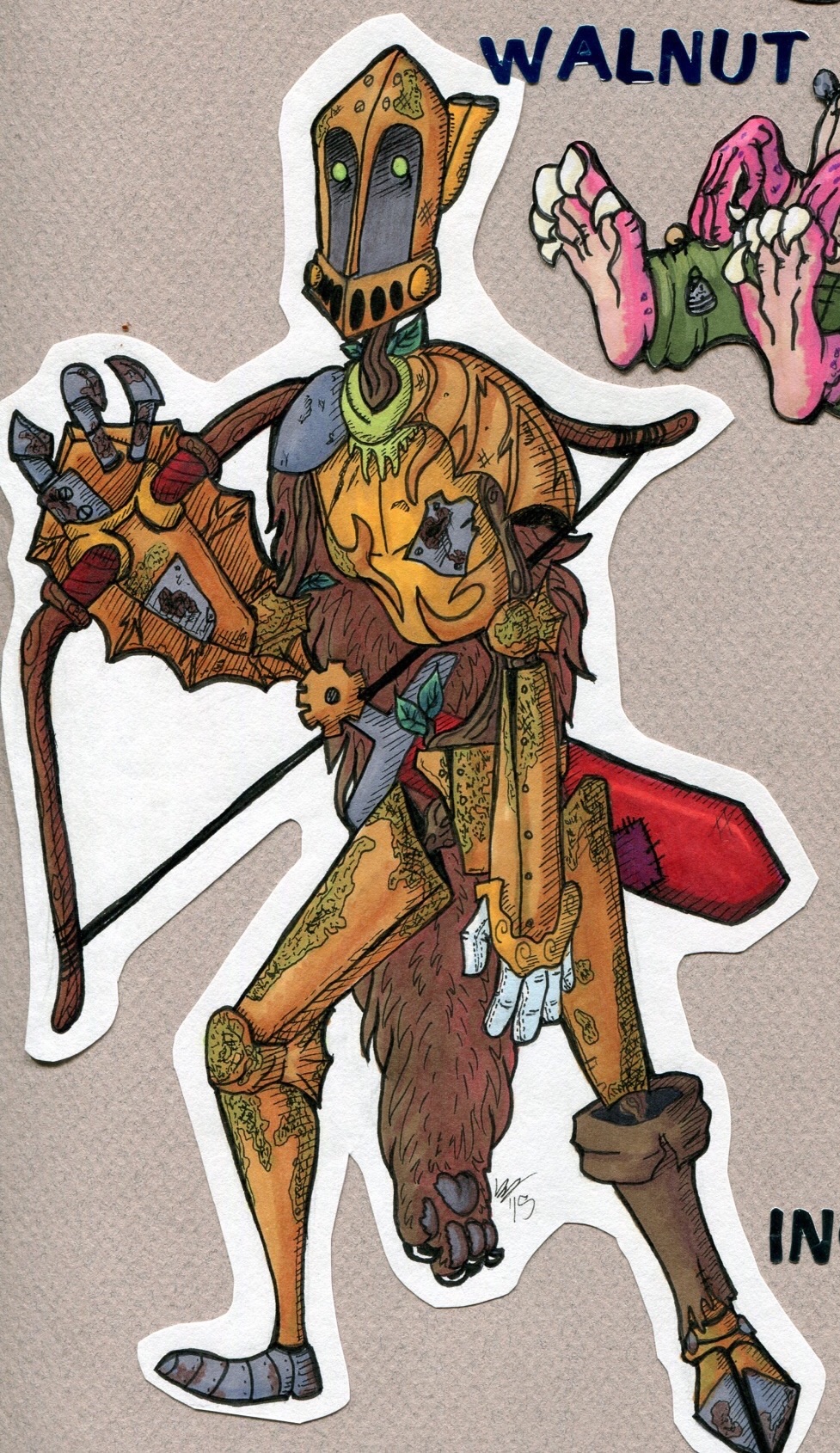 Ingot was made centuries ago by a mostly inept sorcerer to guard his fortress and hunt for furs and meat to trade for supplies. When the sorcerer died Ingot and his siblings were released from servitude with no purpose, and wandered off into the forest.

Several hundred years later Ingot found his way to humanity and has been adventuring with living races, despite his total lack of social skills.

He is very interested in large human men. Too interested. Ingot no, Ingot you can't just touch someone there without permission!