The Serizawa Sisters by Truemac 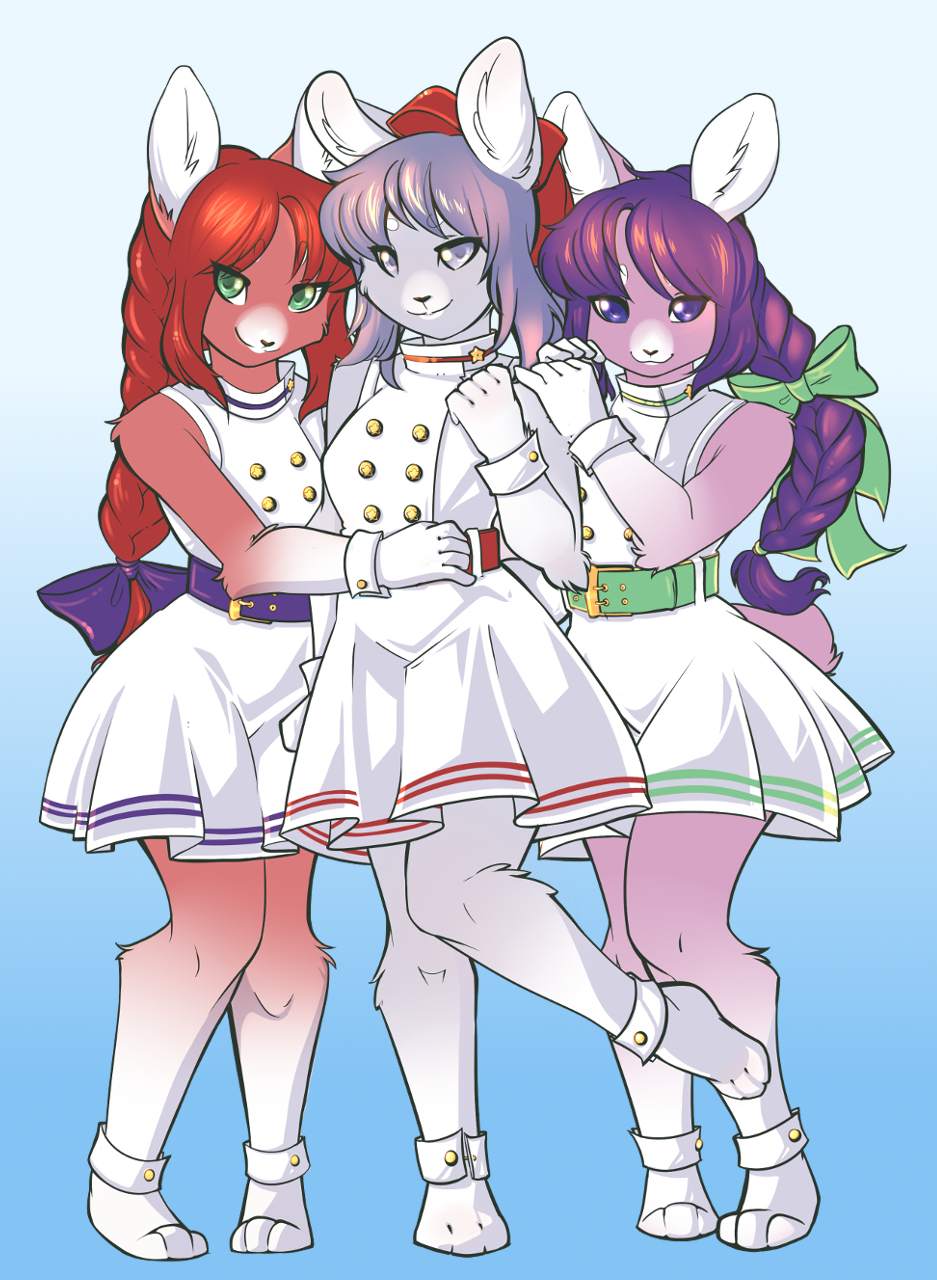 The Serizawa Sisters are three bunny siblings who perform together as an idol trio. They are consistently within the top 5 on a national scale and within the top 50 on the global charts. Their popularity is well-earned, and shows in their performances and record sales. Their father got them started in the music industry at a very early age, but they seem to have adapted well - or at least, as well as they could have.

Miyako Serizawa (middle) is the eldest of the sisters. Being the first to get her feet wet in the idol business, Miyako truly enjoys performing with her siblings. Miyako looks up to her father as a man who can do no wrong, and she carries the obedience of a young military cadet. She always seems to be full of energy, and tries her best to be a leader figure for her less-motivated sisters. Miyako also has a near-autistic interest in military hardware and weaponry, partially thanks to all the air shows her father would take her to when she was younger. Just talking about the newest fighter jet or infantry gadget gets her foaming at the mouth with excitement.

Harumi Serizawa (left) is the middle child. Harumi is a significant contrast to her older sister. She has a very laid-back attitude, and never seems to take anything seriously. Miyako often scolds her for not putting her best foot forward. Despite all this, Harumi performs just as well as her siblings, and has never had any issues onstage. She just couldn't care less about the idol industry and everything that lifestyle entails. She speaks her mind in a very relaxed manner, and is probably the most vulgar of her sisters.

Murasaki Serizawa (right) is the youngest child. Murasaki is extremely soft-spoken, and prefers not to be the center of attention. Offstage, she's usually not too far from her sisters. Either preparing for their next performance, or playing her DS. Murasaki's quietness should not be mistaken for timidness, however. Approach her when she doesn't want you to will result in some harsh words of rejection. Murasaki is not very headstrong or outgoing, but she still knows enough to keep herself out of too much trouble.