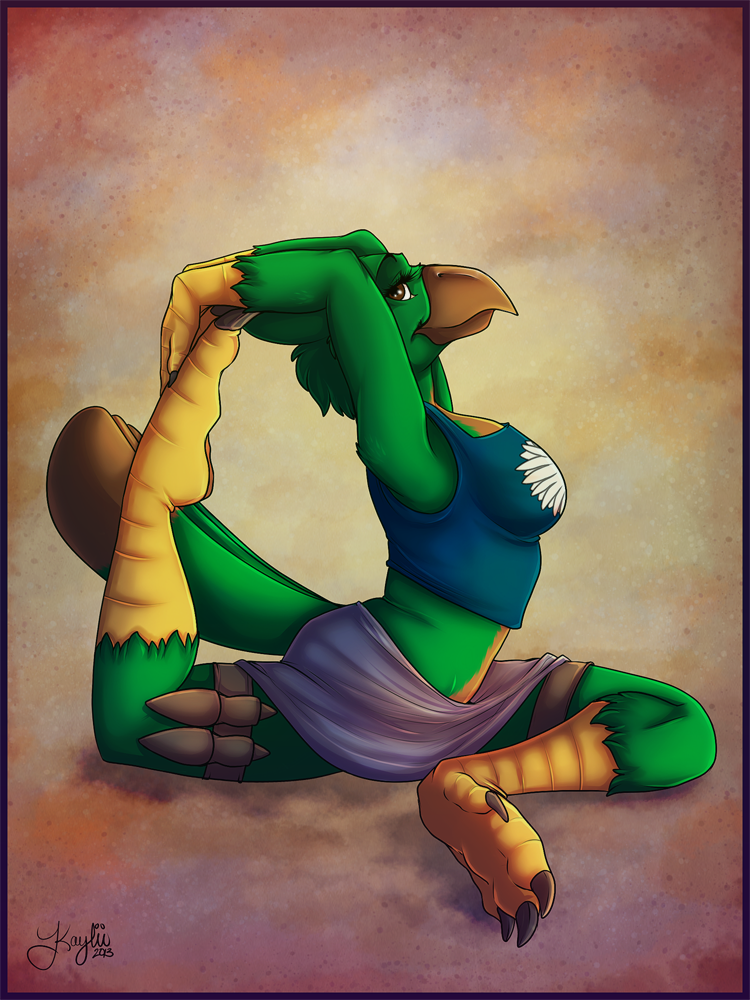 Tsume Mondiale, the gorgeous Earth Phoenix, is the third daughter of Louise Mondiale, the owner of a large-scale real estate enterprise, and a Rwandan Immigrant named Tasina, both pure-blooded Earth Phoenixes. Her two older sisters are named Tamira and Penelope. She was the first female member of the Os-Nadarra, joining the team prior to its official naming and quickly befriending Volcan, Pavan and Brent. She even had a crush on Project X: Rikyuu for a while, dating him once or twice after the gang wars ended, although they never officially became a couple.

Despite her upbringing, she is no princess; she never much cared for the idea of being a spoiled child, not like her sisters, and so at a young age she took training in multiple forms of combat without her father's knowledge; she's trained in Apache knife-fighting by an international champion named 'Red-Grass', a pure-blooded Apache native and a master of authentic Apache knife-fighting, and she also took of Capoiera -a fighting style focusing on attacks with the legs. She took this skill to the competitive level, and began entering several contests and martial arts competitions. She is highly nimble, extremely agile and has even fought and beaten Vinge in a martial arts contest and taking first place; she is the only member of the Os-Nadarra that can rival Vinge in skill.

Although, contrary to popular belief in regards to her adventurous and thrill-seeking personality, Tsume explores other interests as well; she regularly practices yoga -which is the reason behind her great flexibility, and she loves plants of all kinds, thanks to her natural connection to the earth. She even has the ability to resurrect a wilted flower or dead tree merely by touching it, letting it borrow her elemental essence. As such, when she's not competing or working with the Os-Nadarra, she works as a career gardener at Callahan Estates in Unity Falls, and owns an apartment near C-Plaza -she happens to be neighbors with Volcan, which is how she met him initially.

Tsume did not fight in the Unity Falls Gang War. But she met Volcan at the end of the conflict when she had just moved into the apartment over his.

Tsume assisted the group when the trap was set for the I.T.O.U.E retrieval teams, and also fought Commander One/Adrian Broadside by herself, defeating him single-handedly and scarring his face horrendously. She also helped battle the Cyber Wyvern, although her powers had little effect against it.

During this Arc, Tsume competed in a martial arts tournament in Unity Falls, defeating several strong opponents and even bested Vinge in one-on-one combat in the finals, blossoming a whole new respect between the two. Later, Tsume helped Vinge battle Kumori in Volcan's defense while the Fire Phoenix was incapacitated from his separation from Calhoun. With her sneaky attacks, unexpected power over plant life and Vinge's quick adaptability they managed to defeat Kumori and kill his host body.

She also travelled to the Yukon alongside Vinge and the rest of the Os-Nadarra. Using her earth powers she bombarded the lycan ranks with boulders during the defense of Dawson City, and also assisted Brent by acting as his extra pair of hands if he suffered a weapons malfunction. Though the frozen ground prevented her from using her trademark tunnelling attacks, she played her part well.

She also confronted Calhoun alongside Pavan, but she was overwhelmed by him and beaten by his incredible strength, surviving only with minor injuries thanks to her rock-hard skeleton, and since then she has learned never to fight super-strong adversaries head-on.

Arc 4: The Sons of Kleetra

Tsume first met Korban while he was looking for Volcan, and again after Korban and Kieran made their assassination attempt. She helped Volcan battle Korban and eventually drove him over the side of the building where they were fighting.

(The rest is under development)