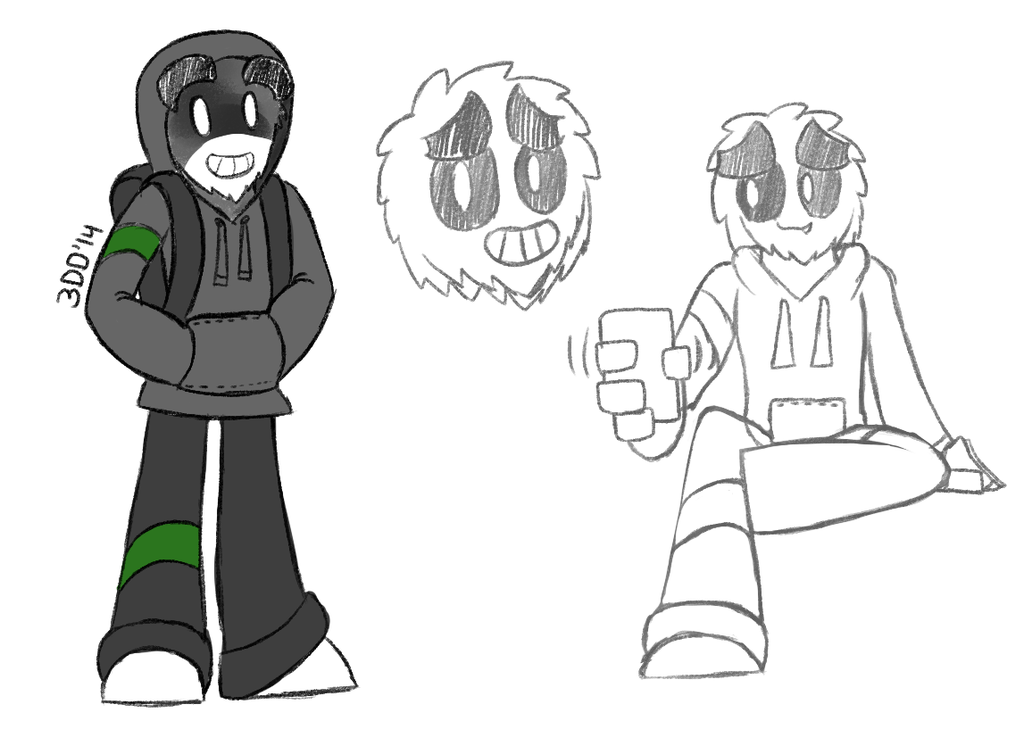 An average teenager, for the most part. At the age of 19, he's already abandoned all of his responsibilities and now considers himself homeless. With only the clothes on his back and the very little stuff he could fit in his backpack, he wanders from town to town, usually on foot or, if he has enough money, by bus.
He still strives to be the artists he wants to be, a majority of the time in a form of graffiti. So he tends to get into trouble with the law a lot. Well, that and he also steals food a lot, since he can hardly afford more than a bag of chips and a bottled water.
Eventually, he comes across Neyon, a kind girl who orignally had called the cops on him when she caught him graffiting. Only after he ran away, did she actually take time to look at his artwork, immediately feeling bad for what she did. Much time later, 3DD escapes the cops and comes across Neyon again, who then offers to let him stay in her home, on the condition he actually gets a job. He, of course, agrees.