Puppy The Kat by HeartCandies 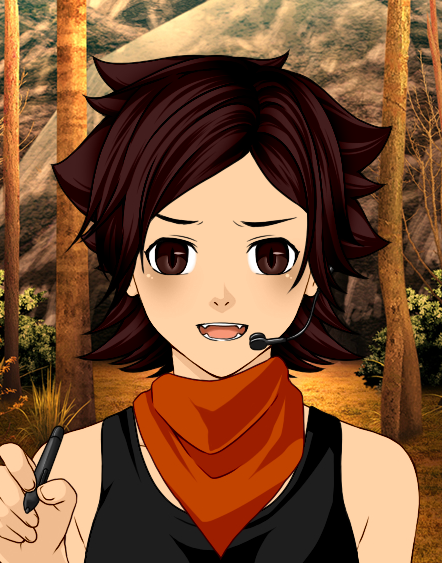 DISCLAIMER In no way am I claiming this art. The Avatar designer was only used to choose the color schemes of the charachters. I will be uploading the originaal sketches soon once again I am not claiming the art only the Charachters DISCLAIMER

Name: Puppy The Kat
Full Name: Jessalyn Humbertson
Age: 15
Date Of Birth: August/24/1999
Gender: Female
Date of Reqruit: October/2/2014
Former Gaurdian(s):
Mrs. and Mr. Humbertson
Center: Bethovens 4th (B-4)
Instructors:
Main~ SpitFire
Canaviral ArmStrong
GammaWave
Ice Marshall
Star Weaver
Rank: Beta B-4
Team: B-4
Abilities: Animal ShapeShifter, Energy Bender
Bio: The oldest of 5 she is an artist and a music enthusiast. She is known online by her name Puppythekat on several sites. She is a furry and a brony as well as an occassional cosplayer. She was caught on film using her abilities on two occasions. First she was seen as a cat and a second a otter. Both instances were an accident on her part but were recorded in the archives. The night she was reqruited and captured she was in the middle of an art stream. She actually contracted hypothermia when she was dropped off after hiking up a snowwy hill in a tank top, shorts, and flipflops for 2 hours. Shreder found her just in time and carried her the rest of the way back. She was immeadiately examined and treated upon arrival by justine. She was then introdused to the rest of the team and their first instructor, GamaWave to be assigned levels at the training center.