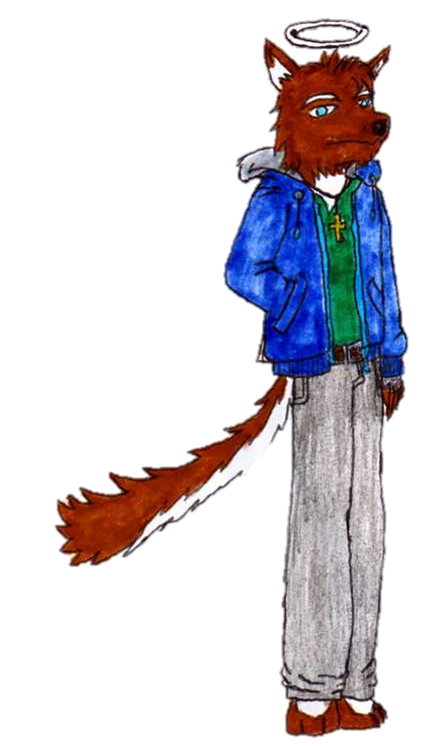 Aster Lugh (pronounced 'loo')
Aster is a mature-minded micro wolf who had an angel for a father, and is therefore a Nephilim. he is emperorwolf's 'good' conscience.
when he was young, Aster's family wasn't very wealthy, so he made a living by doing odd jobs for the neighbourhood, ranging from retrieving objects from tight spaces, to babysitting children ten times his size, and never leaving anybody regretting it.
once he reached puberty, his angelic genes activated, the only change to his outward appearance being the white halo on his head, while new abilities he acquired being the power of tongues (can speak any language), and the power to read the emotions of people around him and influence their choices.

eventually he met emperorwolf, who suggested he use his skills and species to his advantage, offering pay in return. from then on, Aster became the little angel upon the bigger wolf's right shoulder, as well as a friend.

(emperorwolf note: Aster is a personification of my conscience in any art or text he appears in.)