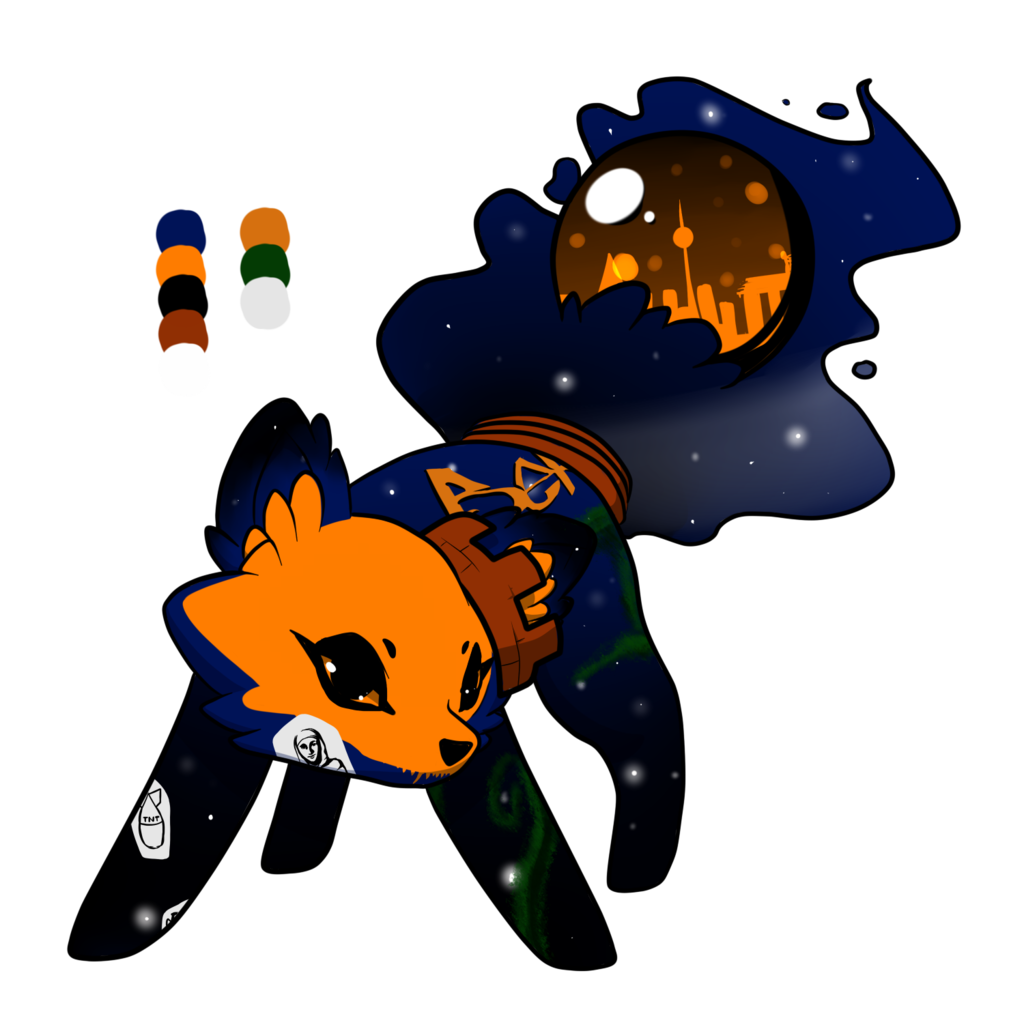 Good morning Berlin
You can be so ugly
So dirty, so grey
You can be so beautifully terrible
Your nights devour me
It's probably for the best
If I go home and sleep
And while I wander the streets
Black slowly turns to blue


Belline is a female Mutezik with a baaaaad reputation, ranging from "blunt and rude!" to "danger to everyone who goes near her!" and she doesn't even deny any of that. She really is rude, and can be very aggressive, attacking others and getting into fights when they're too uppity for her taste. She swears like a sailor, fights like a feral beast, but carries herself like a queen and demands the respect of others. Funnily enough, in ancient times, she probably would have been, since she is a strong fighter, charismatic despite her rudeness and radiates a certain air of authority when she really wants to. But now, nobody pays her respect just for that and she usually lives as a lone wolf when she's not crashing parties.

However, below her rough exterior, her heart is warm and big. She never completely ceases to be rude, but if someone sticks around for long enough, they'll eventually notice that many of the blunt comments she makes carry positive or even loving messages or lead up to such, and with her lack of care for politeness comes an honesty that is hard to find in such a pure manner. She's also fiercely loyal once she considers someone worthy of her affection, and recklessly puts her life on the the line when those of others are at stake. Especially weak and vulnerable Muteziks also sometimes get to experience a more motherly side of her - no, she won't stop giving them ridiculous nicknames, but she'll help them get back on their feet and protect them for as long as they need it.
She also picks up orphaned cubs if she finds them and raises them like her own children, which leads to her nickname "Mama Belline" from those who actually come to like her.

I won her in the Make Your Own Mutezik Contest of August 2014 and she's based on the song "Schwarz Zu Blau" by Peter Fox.