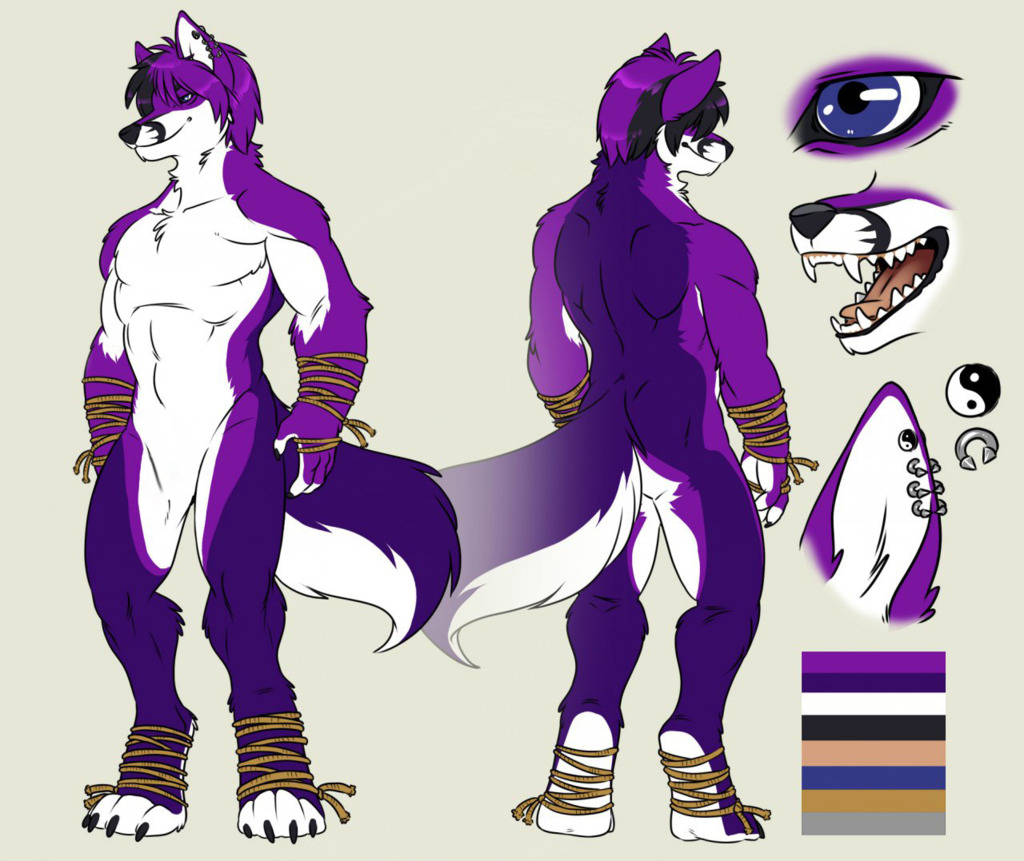 Imprisoned for a crime he didn't commit, the canine was forced into a slavery as a pit fighter for the entertainment of others. The ropes wrapped around his arms and legs a memento of the days where he used them to protect his bones from shattering. Now a free man, trying to live every day as they come.