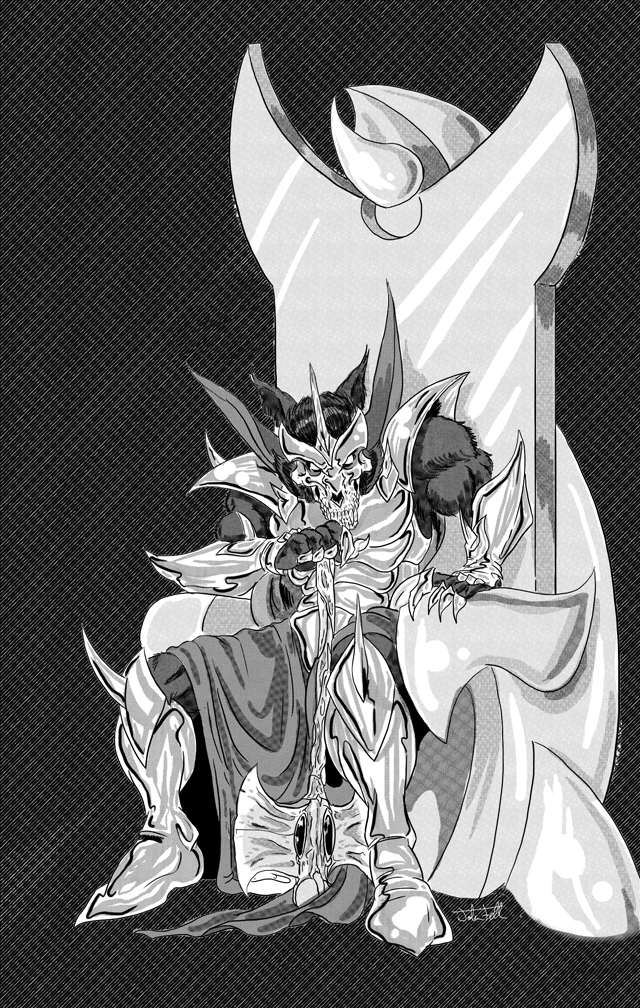 Dr. Dire emerged years ago as the primary threat to the United Anthro Worlds' goal of protecting worlds inhabited by the descendants of displaced Anthrorian citizens.

Since his mysterious appearance, he has expanded his ever-growing empire, conquering worlds and turning his subjects into cybernetic slaves. His attacks are not limited to anthro worlds and since he is an anthro himself, his actions jeopardize the delicate peace the U.A.W. has with alien governments.

Here, Dire is pictured with a strange axe he found drifting in the void of space that gives him a mystical edge to augment his technological tyranny.