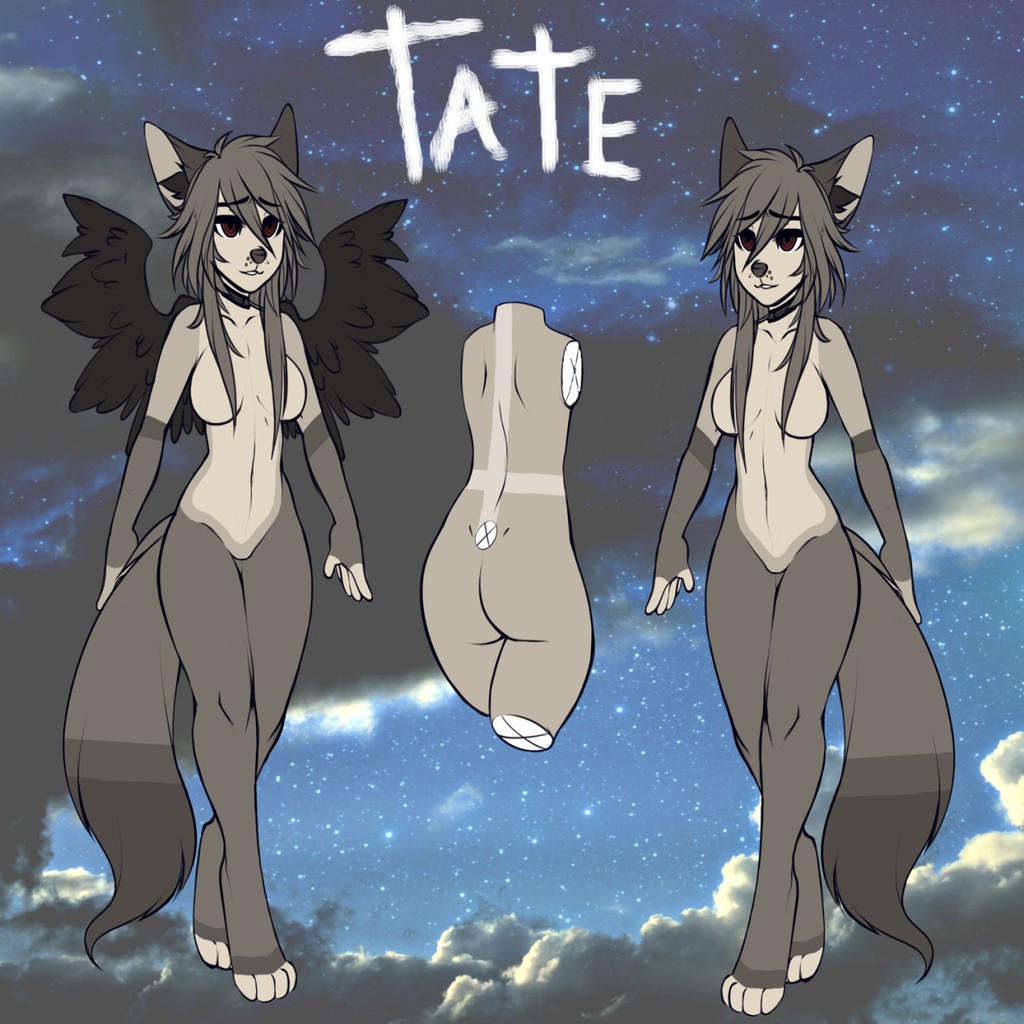 Points to remember are;

☆ Wings are OPTIONAL.
They do not always show, just in times of sadness, anger, upset, depression, confrontation, all those bad nasty emotions and so forth.

☆ Marks on her muzzle are freckles not whisker marks.

☆ Eyes are more of a red color than a brown color.
Feel free to use the eye dropper!

☆ The black thing on her neck is a collar, I just can't draw.

☆ Tate is a ghost of a college teenager.

☆ She doesn't remember how she died, but sometimes gets flashbacks.

☆ Tate haunts the house where her family used to live, although they don't live there anymore.

☆ Tate is romantically involved with Bagans, a paranormal investigator who came to the house originally to exorcise it, but after meeting Tate and spending time with her, the two fell in love and are now a couple.

☆ She can choose to not be seen by the living or she can appear to them as if she were still alive, she can have conversations, interact and even enjoy the company of living people

☆ She feels like she has a dark past relating to her death, but she doesn't know what it is or why she feels this way.

☆ Tate sometimes has sinister thoughts of hurting people and causing pain, sometimes she acts on these to the people living in her house, although she shows deep remorse and regret for these actions afterwards.

☆ She is usually found in the her old bedroom, playing music or solitaire, if a young, living person moves into the house, she tries to befriend them.

☆ Tate is bound to the house she died in, she cannot leave the house or it's grounds, if she does try to leave, she finds herself back in another part of the house, she is only free to wander the Earth on Halloween.

Base and lines by Waitress @ FA
Tate belongs to ME.