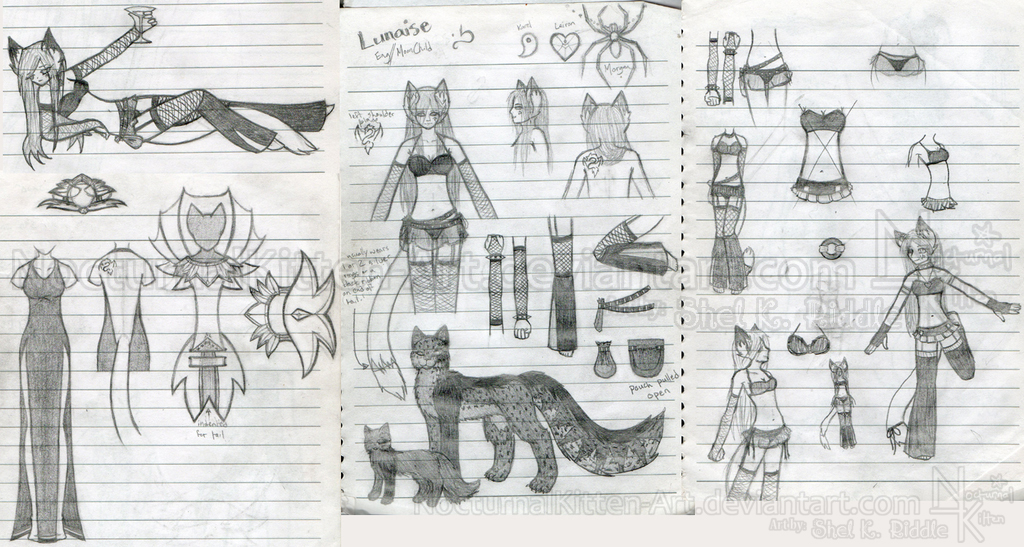 Luna was born to an enchantress but due to a birthmark, she and her twin sister were believed to be incarnations of the twin creation deities of their land, so they were hidden. A powerful spell was placed upon them, altering their appearance to make them look like a common neko and they were sent to be raised by their aunt within a neko tribe.

While normally a vampire’s bite would result in the death of an enchantress, the many spells that had been placed over her in order to deal with a few problems during her childhood which remained in place at the time of her being lured and embraced, she managed to survive, although there were many resulting complications. Much has happened in her over 500 years of life and she’s been everywhere between the life of a slave to countess of a vampire clan. However, the life of a Countess grew tiresome and lonely so she’s back to wandering to keep herself occupied.