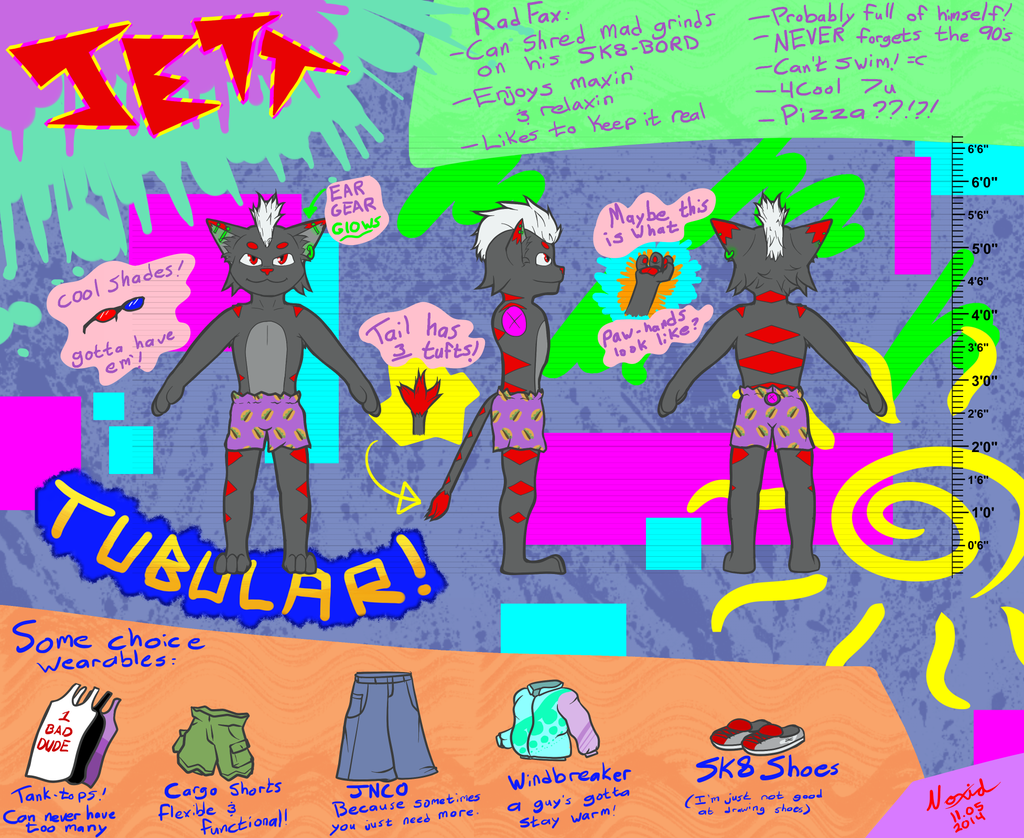 a re-upload of the one I did a while ago w/ some boxers slapped on so I can give it a General rating.

[begin copy-paste description]
Anyway, this is Jett. He started out as kind of a joke / parody 'sona and I had fun with it so it kinda just stuck. He lives every day to its raddest and believes in a neon future for everybody. When not shredding sick flips, Jett occasionally tours as a motivational speaker for kids teaching important life lessons about health and safety in a hip new way that the modern youth will identify with.

Relations to other characters:
Big brother / caretaker for CatCat. They aren't actually related, but Jett sort of adopted him and tries to keep his buddy out of trouble. It is currently unknown how this arrangement came to be.

Roomate with Brutis. He just kind of showed up one day and with noplace else to go Jett claims it would be "Pretty bogus" to kick him out. He pays a nominal sum for monthly rent and sleeps in a pool in the backyard.

Cousin to Will. They don't have a lot in common and don't see each other much, but Will is too nice to refuse a favour when asked, so he sometimes gets stuck looking after CatCat when Jett's away.