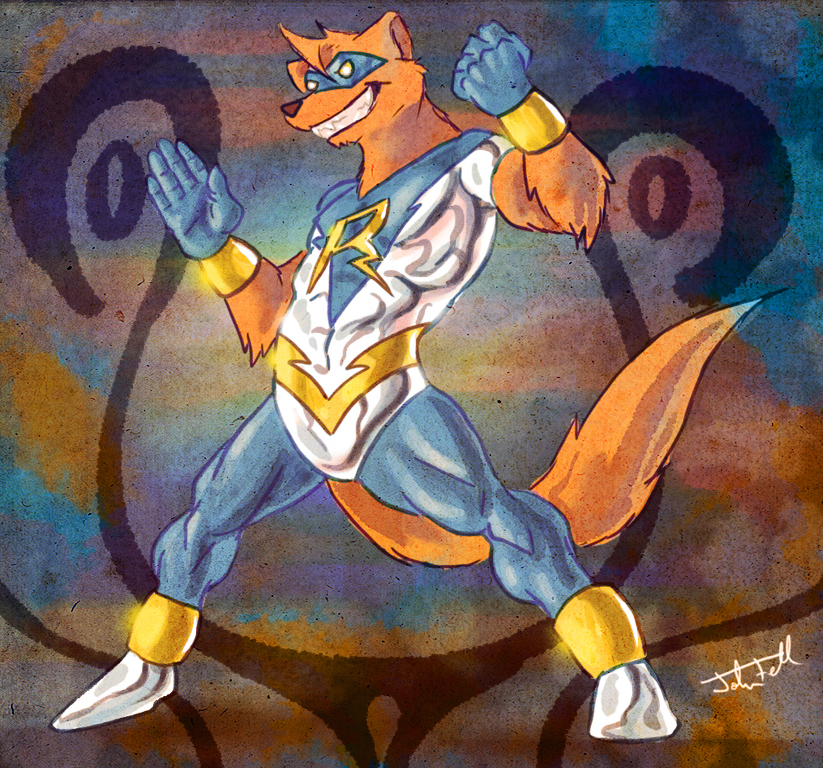 One of my personal favorites of the Me+Wolfboy1 character line up.

Reflex is a skilled martial artist whose prowess is augmented by the fact that he has hyper-awareness and the ability to calculate trajectories and movements based on the slightest motion.
The slightest twitch of a muscle tells Reflex everything he needs to know about the next attack to totally counter it before it even happens.
He knows exactly where a rubber ball will eventually come to rest from the second it's tossed.

All of this allows him to hold his own against the several villains that hound him, not least of which is the Sanctus Slither Cult, a cadre of evil snakes.