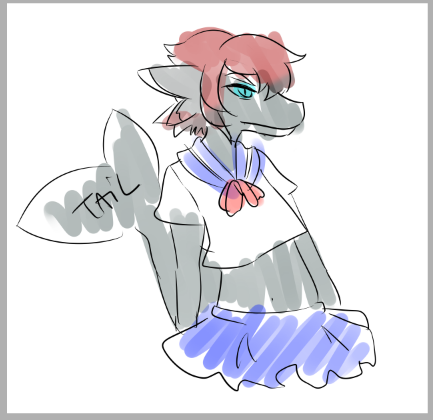 Hamasaki Ryouta ; a young man whose name is embroiled on, and off the Japanese modeling circuit, was born and raised in the city of Naha of the Okinawan prefecture. Bold as he is sharp-tongued and temperamental, Ryouta is the type of guy who seems to follow his heart as quickly as he uses his mind. Though he's relatively amiable and popular among both the men and ladies of his prefecture, his smile hides a goal that's plagued him since he was a kid. Following the untimely death of his Uncle, his eyes have been on being a Police Officer - preferring that to the prosecutor job that his old man had taken ages ago as a way to bring the fight against criminals to the streets.

∎ ʜᴀɪʀ ᴄᴏʟᴏʀ: Ryouta's hair is black with a naturally red fringe ; his bangs are also red and frequently frame the sides of his face.

∎ ᴀғғɪʟɪᴀᴛɪᴏɴs: None as of this moment.

∎ ᴅʀɪɴᴋ: Alcohol-wise: Ryouta will drink for social occasions, and whenever he has the privacy to indulge in a drink. Fruity alcohols, Sake and light beers are typically his alcohols of choice. Casual-wise: Tea. Lemonade. Water is a very obvious choice.

∎ ᴍᴜsɪᴄ: Although he's relatively ashamed to admit it, Ryouta has a love for J-Pop. R&B and instrumental arrangements are up there though.

∎ ʜᴏʙʙɪᴇs: Long walks. Yuuto got him into yoga, so he practice that every so often. Brushing up on his martial arts. Sparring. Flirting. He sings and dances on occasion too. Things that his parents had him do as a child are more or less instilled to this day.

∎ ʟᴏᴄᴀᴛɪᴏɴs: He actually rather likes the beaches of his home (unsurprisingly). A dip in a bath is great too, just throwing that out there.

∎ ᴏᴘᴘᴏɴᴇɴᴛs:Well. He finds gratification in the thought of being able to lock away criminals in the near future.

∎ ʟᴏᴠᴇ ɪɴᴛᴇʀᴇsᴛs: It's complex. Ryouta rather likes the thought of having someone who can speak to him on an intellectual level, but more than that he wants someone who can be witty as well as considerate.

∎ ғᴏᴏᴅ: Mimaga -- Figs -- Extremely sour foods aren't his favorites eithers. Not a lover of curry at all.

∎ ᴅʀɪɴᴋ: Darker beers or anything that's a bit strong in alcoholic taste, really. He doesn't care for it.

∎ ғᴇᴀʀs: Losing those who are close to him. He's fiercely protective over what remaining family he has left-- frequently suffering nightmares of his Uncle being burned and hung to this day. He also fears becoming like his father, who, while caring, was especially strict and closed-off at times.

∎ ᴍᴜsɪᴄ: . . . He can't think of anything he doesn't like. Though really, if asked he'll mention he doesn't exactly care for rock too much.

∎ ʟᴏᴄᴀᴛɪᴏɴs: Dry places often serve as pains in the ass for his gills sometimes.

∎ ɪɴᴅɪᴠɪᴅᴜᴀʟs: Honestly he doesn't care for his father too much ; their relationship is strained.

∎ ʟᴏᴠᴇ ɪɴᴛᴇʀᴇsᴛs: One too many times his feelings were played with, so he rather dislikes the thought of people who rush into relationships. Dispassionate people and fanfolk aren't the sort to catch his attention that often either. Dirty folks? Definitely not.

*His design is something that I've been having trouble ironing out. Though he /is/ a martial artist for sure, I've always imagined his build to be more akin to a swimmer's - with a great degree of tone without /too much/ bulk. Attire wise, he's probably the most casual of my characters. Decisions decisions. *