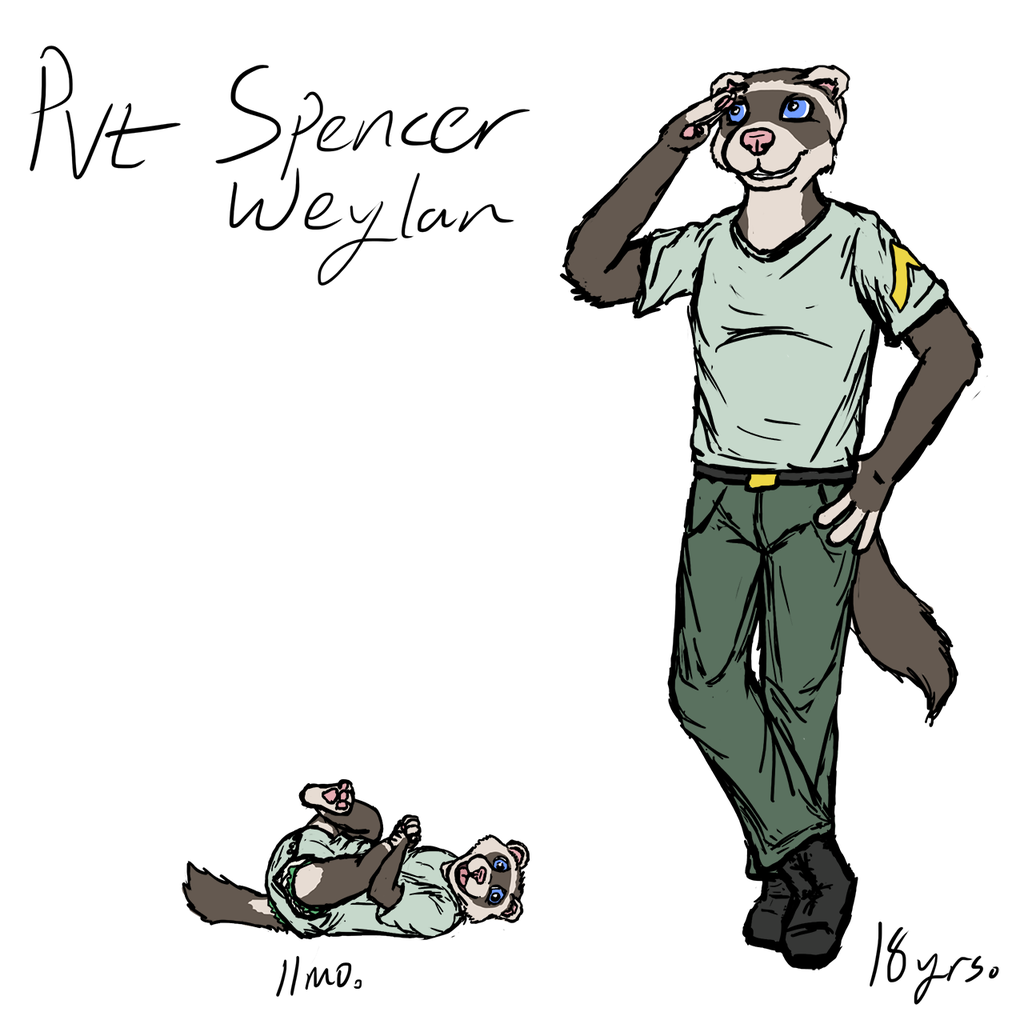 Wey is the newest and youngest member of the squad, having joined them less than a year ago. In this time, however, he's basically ingrained himself as the mascot of the team due to his roguish nature and charm. Wey has an innate ability to, er... recover lost objects (which he likely stole in the first place) and procure items which he's not technically supposed to have. If you need something, Wey's probably got it. Just don't ask him HOW he got it. Kid's got future quarter-master written all over him.

Along with being the youngest, Wey is also the smallest and quickest of the Tunnel Rats. Standing at only 5'3" tall and weighing in around 120 pounds, Wey is invaluable in tight spaces, able to go where the rest of the squad is physically incapable of going. He's been sent down more air-ducts and conduits in his time with the squad than the rest of the crew combined. Wey is also obsessed with robotics, and knows more about autonomous devices than even Gorski, though he lacks the rat's skill with electronics in general.

Wey is an orphan, raised by his older sister from the age of 8. She disapproves of his choice to join the army, but he sees it all as one grand adventure. At Everglades, Wey has zero resistance to the FOY and regresses farther than any of the other members of the squad. He loses himself completely when he regresses and has no memories of the experience when he reverts, which perhaps explains why he's the happiest of the regressed squad.