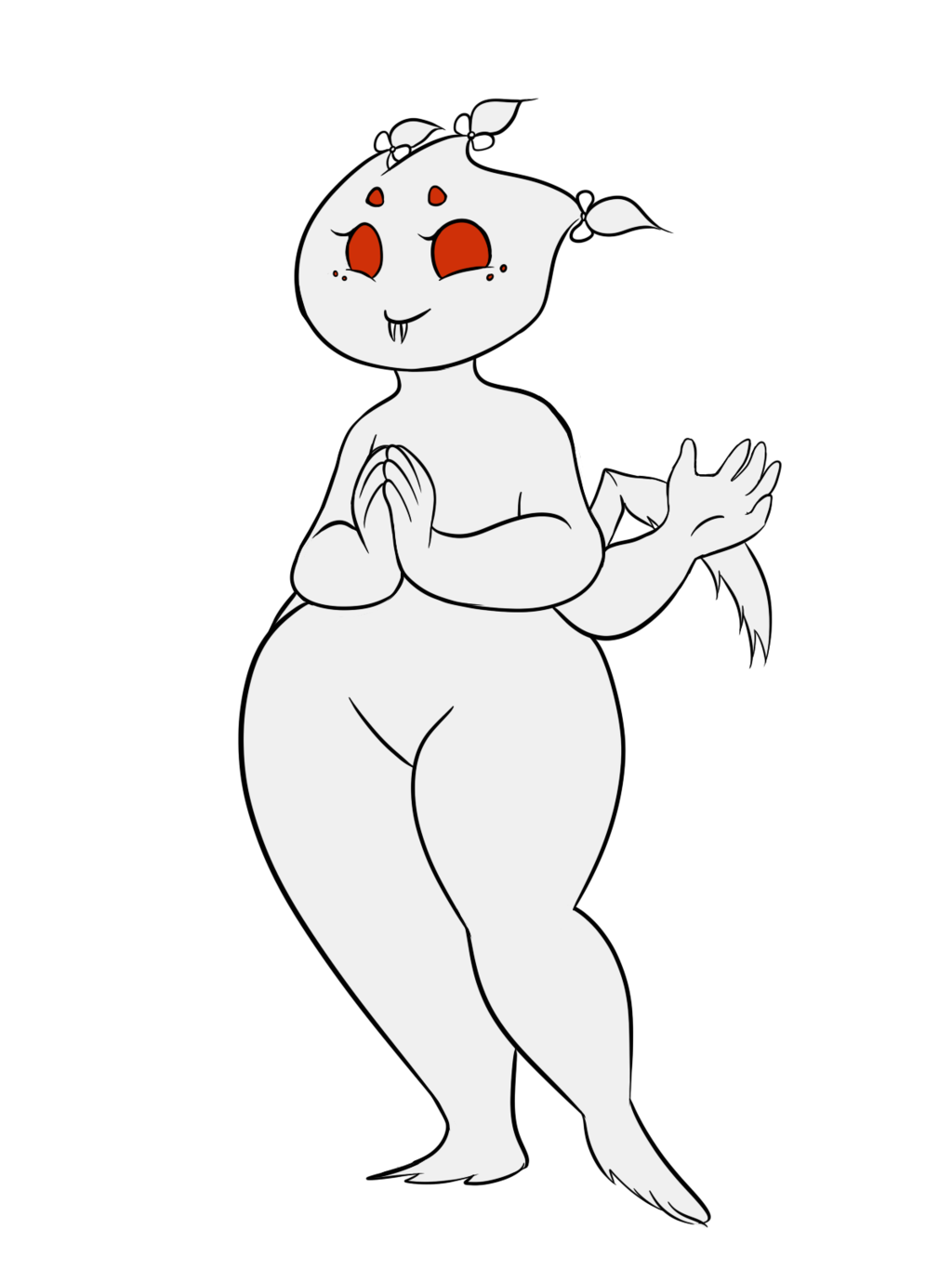 Wynne is my new Don't Starve OC. uvu I created her to rp with the adorable Warren.

She was a Dangling Depth Dweller until an event happened that she doesn't really remember. Ever since then, she's humanoid. For her new form and slightly more human behaviour, she was thrown out of her original den, and has been trying to somehow survive on her own ever since.

Wynne is a very amicable and excitable young lady, and she likes food and pretty stuff. Occasionally she pounces people from above, either because old habits are hard to kick and she thinks they might be good food, or because she thinks that surprise snuggles are the best snuggles.

Despite her innocent attitude, she's mentally and physically an adult. I kept her chest flat though because... insect.