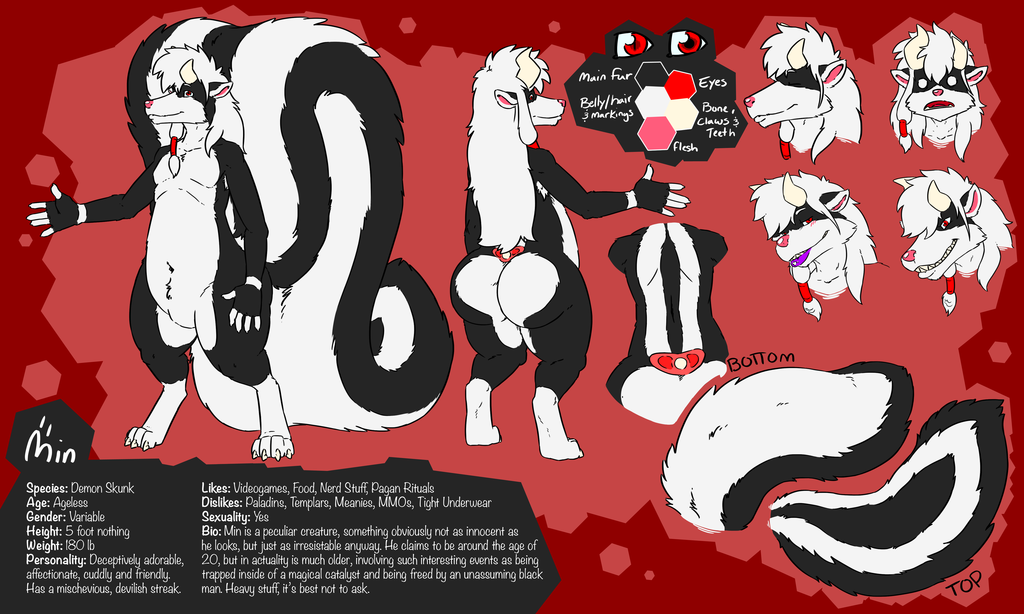 This is a reference for my main fursona, Min (we share a name).
He's a skunk demon, a sexual deviant, a cuddleslut and generally all around cute and probably way too easy to take advantage of.

He pretty much shares all of my personality traits, all while representing my... unusual sexual tastes.

His gender is normally male, but he can shift easily between... any variation of genders, though he's rarely female - dropping my manbits isn't something I do lightly. He's also a shapeshifter because he wasn't enough of a mary sue already. there are also big black feathery wings, but they're never drawn and aren't important, and usually hidden - it's part of the demon-ness.