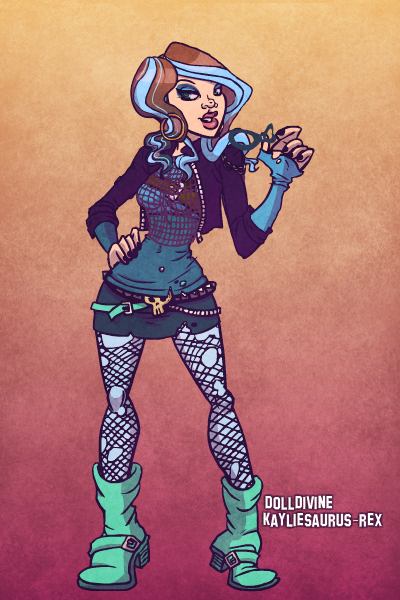 This is a character I adopted from Young-Justice-Lover

Info:
Name: Amberlane but goes by Amber or Ammy
Species: Human
Gender: Female
Personality: Amber is a funny/serious/curious/hardcore chick, her profession is making guns for her and her fellow vault hunters and giving them awesome upgrades. She has a huge attraction to her friend Alice's older brother Zed (Aka Dr.Zed) and likes to hang out with him every time she's around/in sanctuary. She always puts the safety of her friends before herself, but the main people she cares about the most is her best friend practically sister Alice, Alice's big kinda scary boyfriend Killer (My character version of Krieg but his pack is in the game and I used the game to make him lol), Zer0 (My best friends version of Zer0 that is~), and Clayton (My character Alice's giant drooling toxic Skag pet).

I really love Bordelands if you haven't realized that yet and these are like my all time fave human characters, I don't really draw them sense I can't do humans but I'm practicing~