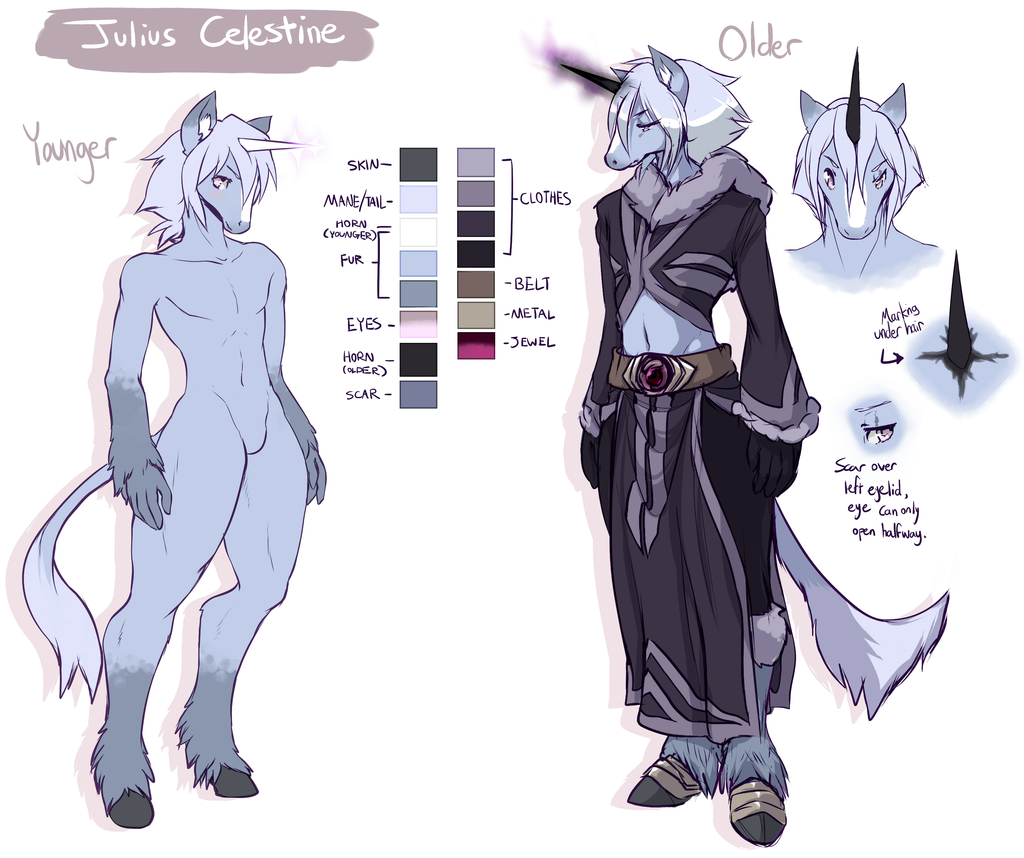 Ugh, finally I made a real reference for him (it's the most elaborate ref sheet I have, too!). I've put a lot of time into developing this character after my sister and I started a unicorn thing.
I'm really happy with how he is turning out.
I thought it would be interesting for him to be shown at two different ages and with the differences between them.
Younger (19) Julius was an ordinary unicorn with white magic powers. He was careless and got caught by individuals who would abuse him and exploit his magic for selfish reasons. They named him "Heavenly Blue" as it suited both him and his magic, and Julius never revealed his name to them.
When he was older (24), he decided to fight back. One person would not tolerate his behavior and attempted to cut his horn off. As Julius avoided the attack, his eye was grazed by the weapon. Since then, he has a small scar above his left eye and it is unable to open completely.
However, he escaped his captors finally by killing them. Because killing is a forbidden action for unicorns, they are no longer able to use white magic for the entirety of their lives and become mortal beings.
Julius went out in search of a way to still use magic in his state. He found that he could use dark magic, although each spell would disassociate him with his body more and more, and his body would grow weaker as it slowly takes away his life force.
He can use dark magic easily without affecting himself much at all to harm others, but it takes a significant amount of energy to use dark magic as a healing medium.
The gem he wears on his belt is a magic amplifier so that he can use less of his own energy for a greater effect.

He is feared by other beings (typically unicorns) that know the cause of a black horn.