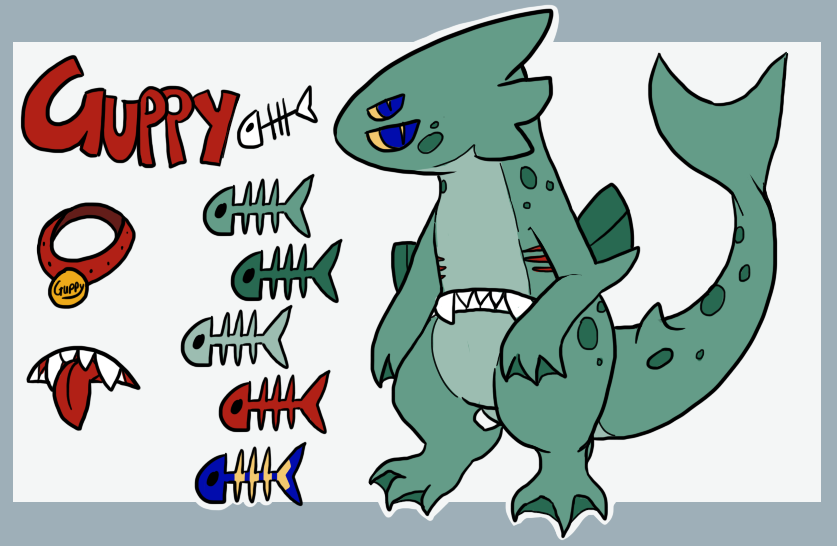 Guppy is a shark-puppy who is pretty shy and stuff. He doesn't really react to anything, but his stomach is a totally different story. His stomach-mouth is a voracious asshole who will eat anything and often berates anything that comes near. Guppy can't do anything about it, since he doesn't have a mouth of his own to apologize for it. His stomach-mouth does all the talking for him and all the eating and stuff.

Guppy is genderfluid but is generally considered male. He is roughly the same size as a rat terrier dog in height (when on all fours), but is much longer thanks to his tail. When standing on two legs, he reaches to almost 4ft tall.

He lives with Allure in her fortune shop; she's one of the few that will tolerate his stomach-mouth's foul language.