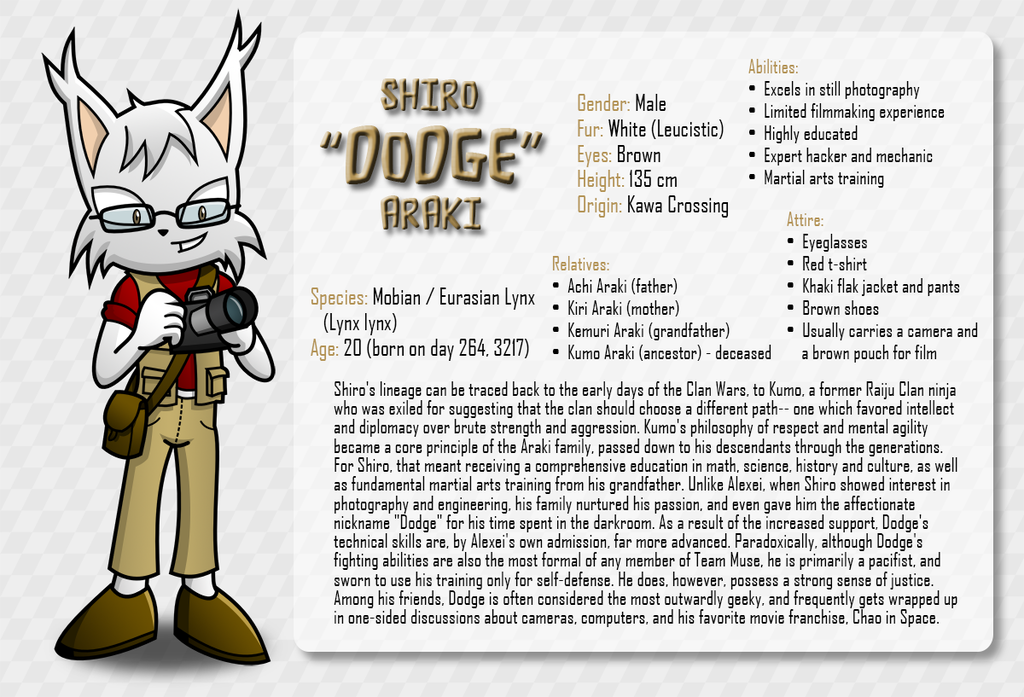 Shiro's lineage can be traced back to the early days of the Clan Wars, to Kumo, a former Raiju Clan ninja who was exiled for suggesting that the clan should choose a different path-- one which favored intellect and diplomacy over brute strength and aggression. Kumo's philosophy of respect and mental agility became a core principle of the Araki family, passed down to his descendants through the generations. For Shiro, that meant receiving a comprehensive education in math, science, history and culture, as well as fundamental martial arts training from his grandfather. Unlike Alexei, when Shiro showed interest in photography and engineering, his family nurtured his passion, and even gave him the affectionate nickname "Dodge" for his time spent in the darkroom. As a result of the increased support, Dodge's technical skills are, by Alexei's own admission, far more advanced. Paradoxically, although Dodge's fighting abilities are also the most formal of any member of Team Muse, he is primarily a pacifist, and sworn to use his training only for self-defense. Among his friends, Dodge is often considered the most outwardly geeky, and frequently gets wrapped up in one-sided discussions about cameras, computers, and his favorite movie franchise, Chao in Space.