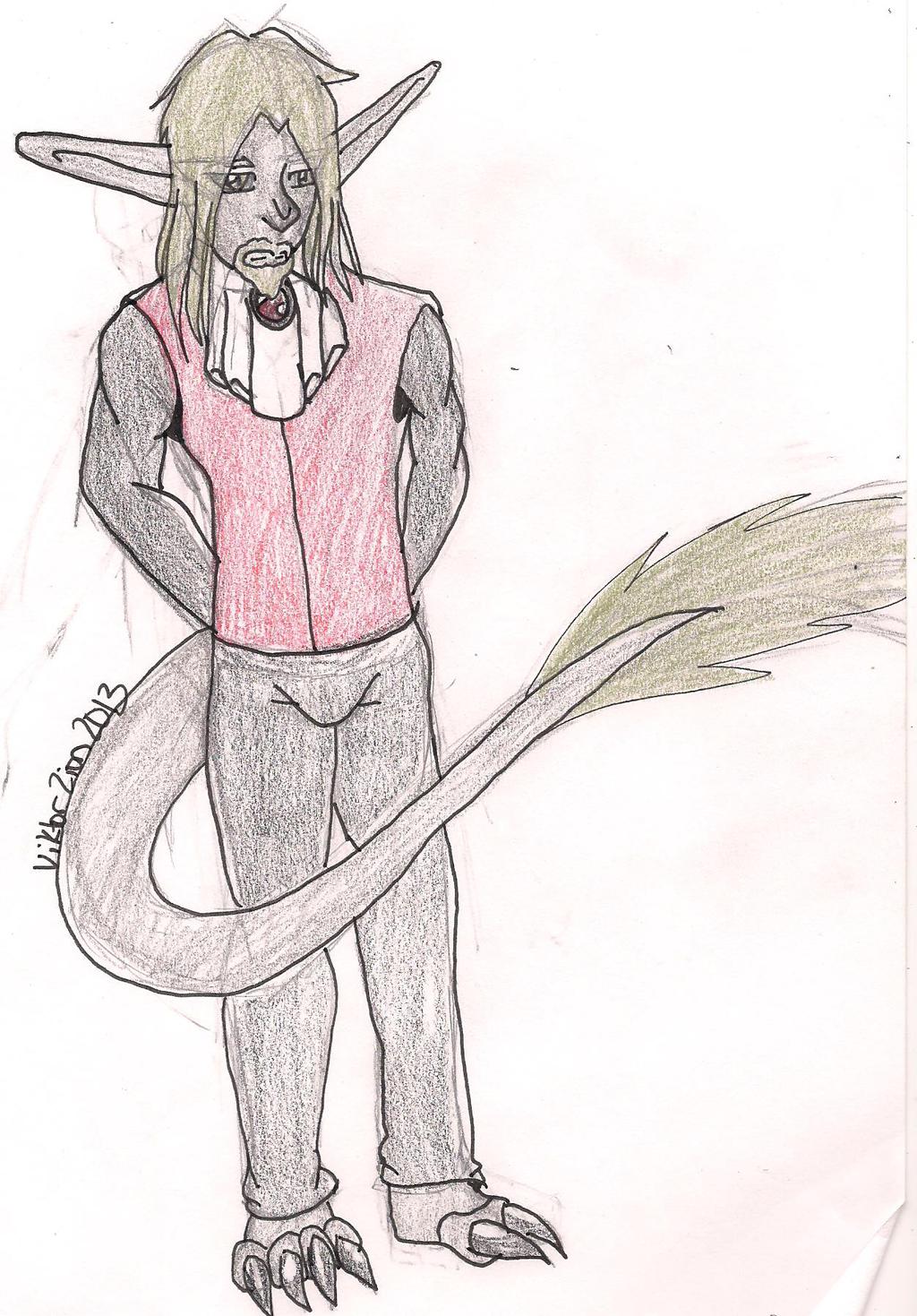 Personality: He's a bit of a carefree guy. He has an insane addiction to anything gold, or shiny. He's kind, though, if upset, he will lash out and break things. He'll never hurt anyone, but he'll break things none the less. He loves children, and has been wanting some of his own, but he's not ready to find a mate just yet. He is a bit of a prankster, often times not realizing how far his pranks go. Once he realizes it, it's too late, and he ends up loosing friends, and feeling terrible about it.

Background: Rumbell was the third successful experiment by Chernobog. He was made to use magic, which most tornraes do not possess. His magic ranges from Elemental to Darkness to Light magic, although, he's strongest with elemental and dark magic. At the age of 10, he ran away from home, after studying a teleportation spell. He used it, and appeared on earth. People were terrified of him, so he hid under a large box, sleeping in the cold winter. On December 24th, he was nearly dead, and it was his eleventh birthday, a man approached, picked him up from his box and took him home with him. Rumbell was too weak and cold to open his eyes, and he was very sick. He slept for a while, before being given a warm bath. Once he did open his eyes, he realized the man who had brought him to their home was none other than Mafia boss Viktor Zion. He was happy to learn that Viktor wasn't human either, and he eventually opened up and talked to Viktor. For the next few years, Viktor brought him books with spells in them, and Rumbell practiced. Sadly, a few days after his 13th birthday, Viktor was murdered. At first, Rumbell stayed where he was, wondering if his father had abandoned him. A week passed and no sign of him. Rumbell realized something was up, and he needed food, so he went out looking for him. He couldn't find him, but in an old trash can, he found an article about the mafia boss being killed. Rumbell was devistated. He used magic and made himself look human, before getting food, never speaking to anyone. At one point, a few years after Viktor's death, Rumbell started stealing to help cope with the loss. It grew out of control, and he started to collect anything gold and shiny. He now owns a collection of gold and shiny objects from various places. He is a master theif, and he's working for Viktor's mafia now.