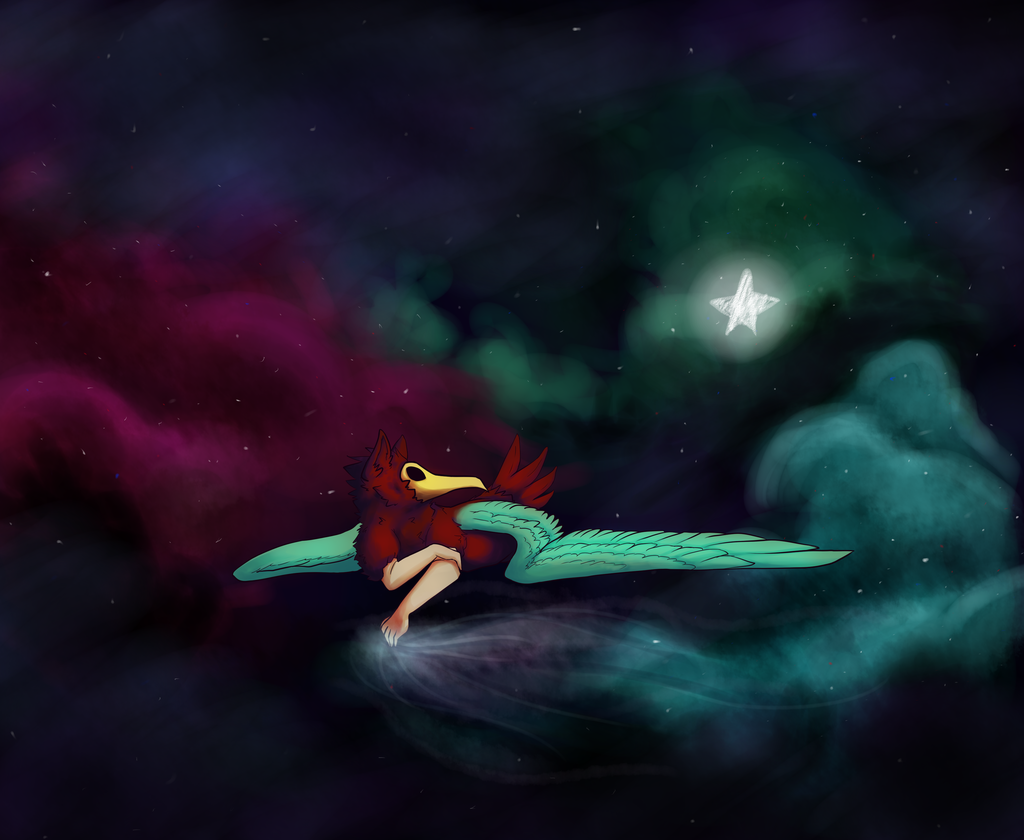 Sickness is a Plague Giver. He lives in his own dimension and watches all worlds in silence. He is the ones that creates plagues and gives them to planets/countries on that planet. If you were to touch him you would die from the plague of any he gives to you. He does not speak but he does chirps and little tweets to respond to someone. He does not have a mouth and does not eat anything but meat.

His dimension is made up of floating islands. the sky is always covered in stars and each star is someone who has died from his diseases. he is often caught looking at them in sorrow. He is all alone in his dimension and can only pretend to have friends by looking at people on different planets.