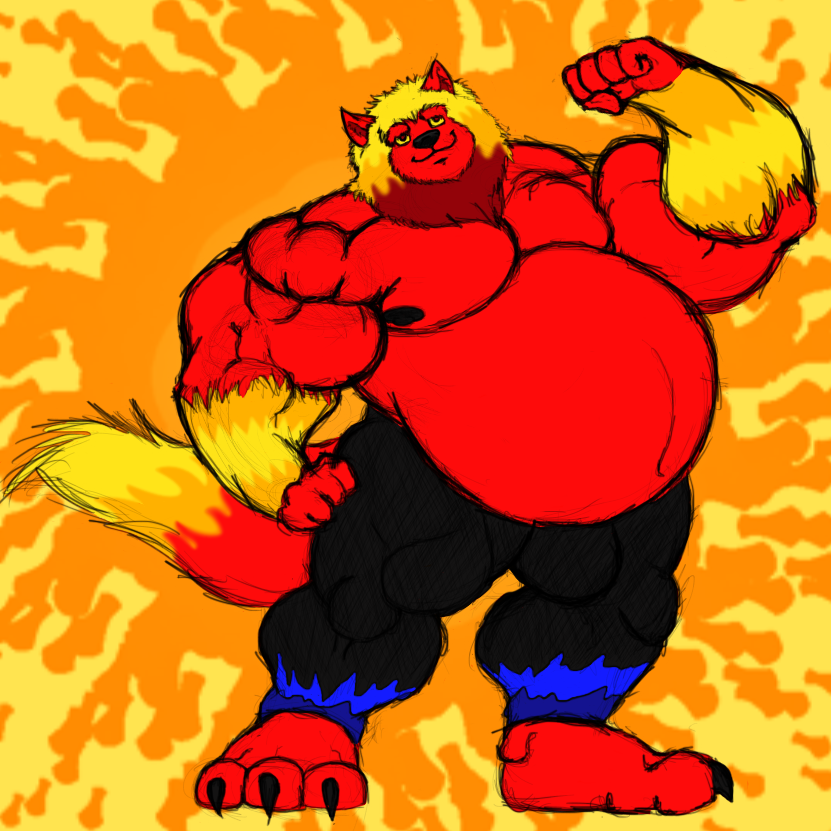 Big Bad Beast is an alien dragon wolf from the planet of Wildera where every alien species including humans can live in peace. It is just like earth but 20 times bigger than Jupiter and everything is run off of technology. He is King of the planet and founder of Holo-Mech, an industrial company that is in charge of making techonolgy for the future.

He got a muscle gut and grew more after the events of the upcoming story of Universal Furcadia. His special powers are fire manipulation, heat resistance, fire summoning, feast beast, growth, super speed, strength and his favorite thing, gluttony. He is very friend is not afraid to make friends.