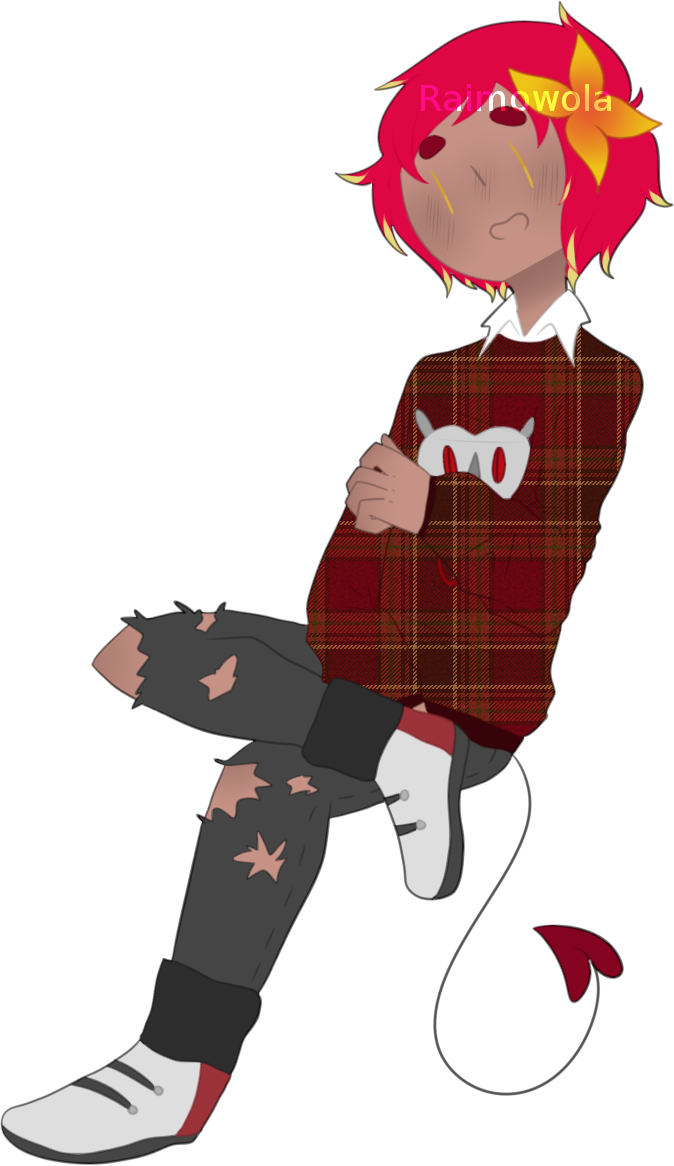 Personality:
He is a timid young man when you meet him at the first encounter. He does have a hard time to create new friends when he meet someone. However, if you get to know him, he is silly and normal average person with a great personality. Sometime he is dense, and slow to notice. He day-dreaming too easily. Sometime when there is a certain time he could be sneaky, and sly as well that you dont expect of the cutie Saffron to do that, pfft~ Still, he is a big-heart young man~

Body Type:
Saffron's body is actually skinny, and very tall, his body really dont have any fat, or muscles. His pounds, and body is like similar to female, but really just a man as you can see? (probably?) He is very good at running and exercising, even handle the strength well, actually. He has some experienced into fencing swords, boxing, and soccer. He likes those sports. So dont judge his body since he is pretty good with his average strength!

Relationship:
Engaged with his boyfriend, Ren.

Orientation:
He is getting marry, you fools.

History:
When he was little, his mother was perfectly fine, same goes for his father. He was growing up normally as a Orchid half Demon prince within his parents' path until his mother died when he was 4 years old. After Princeton was 4 years old, his father turn really a cold demon prince that control Orchid mixture with Demon species into Orchid/Demon species land poorly. However, Princeton work really hard until he reach by the time when he was 16, his father couldn't stand his own son taking care of the land that his father couldn't for past 16 years due by his wife's death. His father grew hatred out onto his son, and blaming Princeton for his mother's death. He threaten his own son, Princeton/Saffron to live on his own in middle of forest FAR away, that his father chose. His father sent him to live in Dark Paradise Forest. Where the Dark Paradise Forest is suppose to be lonely forest and no animals, no flower, and none of people there, expect Princeton. Princeton was "dead" to his kingdom, he could no longer come back to his kingdom due because of his father's rule. Princeton, couldn't, in fact, disrespect his father. He really loyal his father, and he doesn't want to stand the fact that his father kick him out, out of hatred. He believed for a long time that he killed his mother, brainwashed by his father's word. So then he himself isolated into a lonely small cottage in the Dark Paradise Forest.

Additional Information:
✿ He love Orchid out of all flowers
✿ His dream is to see the paradise full of flowers!!
✿ HE IS ENGAGED.