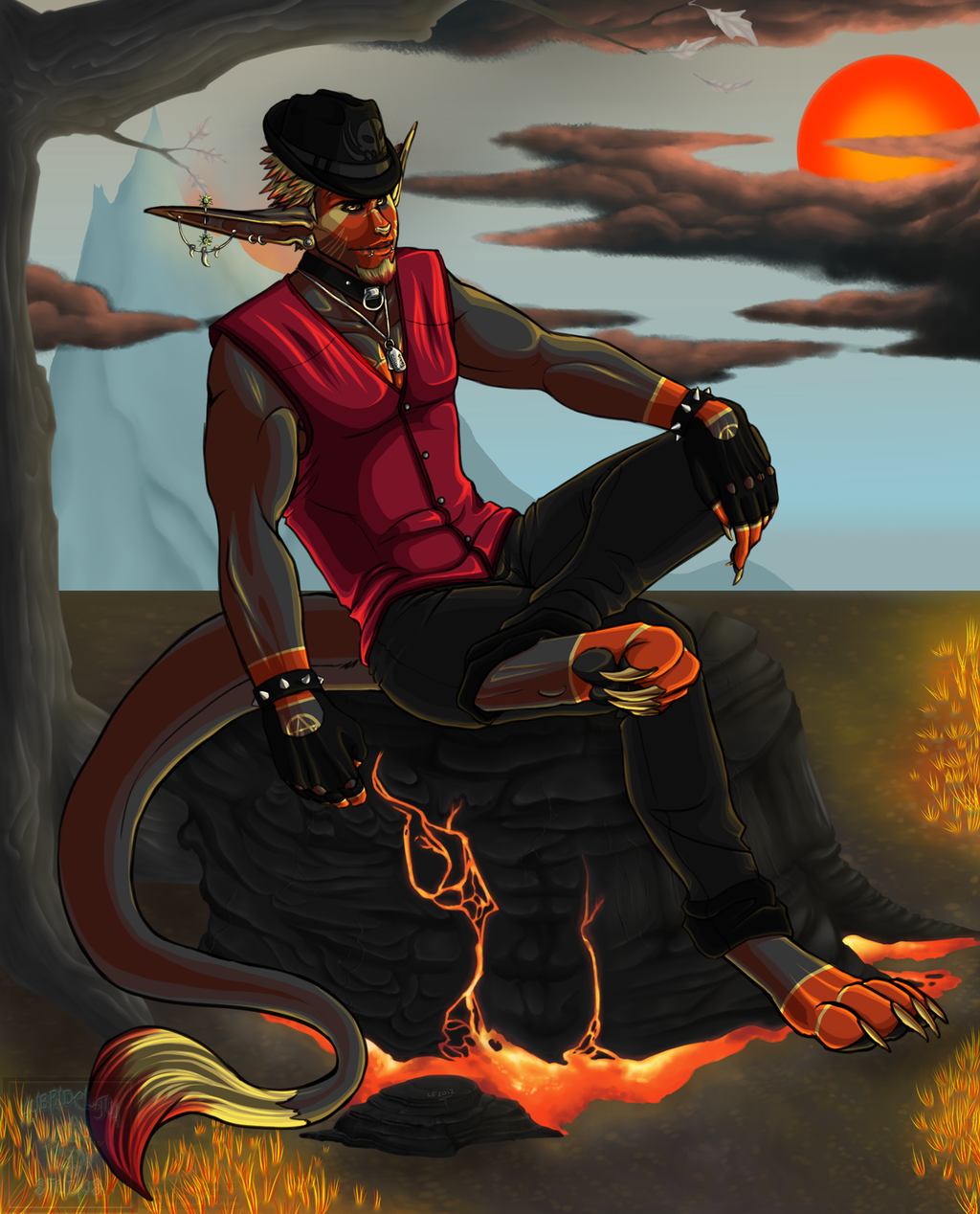 Ethos is brother to Mot and child of Lucifer. He was abandoned, as Lucifer had been forced out of tornrae. Alone and scared, he took care of Mot, until he was adopted by Pegasus. There, he learned of the prophecy. He would be the one to defeat the tyrant king. Excited, he wanted to practice fighting, but Pegasus forbid it. If Chernobog found out he and Mot existed, they would be killed for sure. While Pegasus was friends with Chernobog, he felt that cherno was too corrupt with power, therefore he needed Ethos.

Ethos grew to a strong male, and moved to Earth with his sister, where he would be trained to defeat Chernobog.