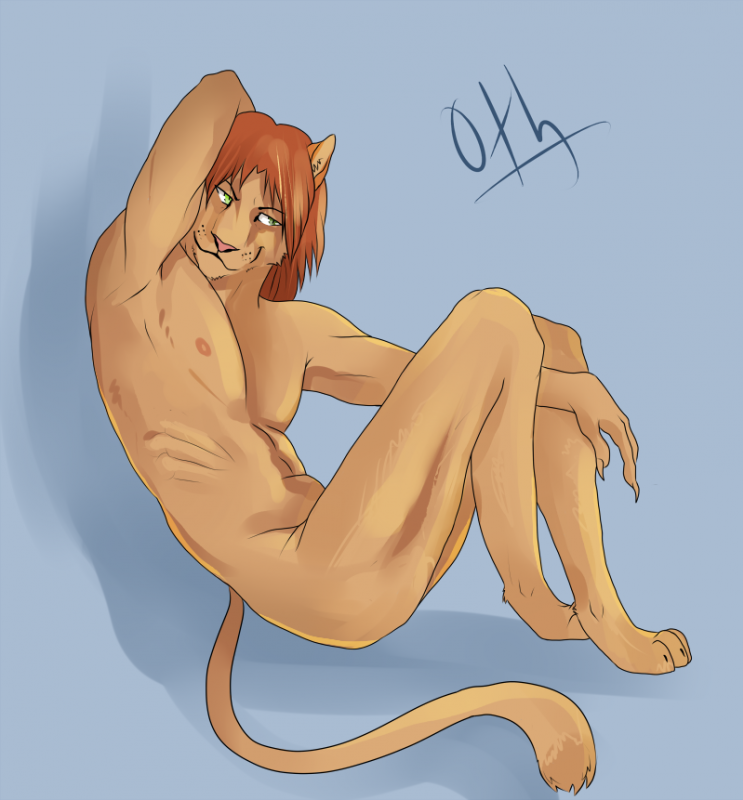 ● ＥＹＥ ＣＯＬＯＲ: Heterochromia ; Left eye is a seafoam green while the right is a sharp, gemcut emerald.

● ＭＵＳＩＣ : Classical music is preferential for his ears.

● ＭＥＮ : The Strong and Resourceful. As his mother beat it into his head, he has a distinct taste for those who can hold their own without his support crippling them.

● ＡＬＬＥＲＧＩＥＳ/ＩＬＬＮＥＳＳ/ＡＦＦＬＩＣＴＩＯＮＳ : None to speak of.

● ＳＣＡＲＳ/ＴＡＴＴＯＯＳ/ＰＩＥＲＣＩＮＧＳ ; Scars across his forearms, lower back and stomach. Probably from claws.

Traits that are more befitting of a soldier than they are the heir of one of the greatest companies in the world, no? At a mere glance, Othniyel seems to be what many expect him to be, moulded from a lavish lifestyle wherein he was given any and everything he wanted at the drop of a dime if he so wished it. Superficially, many find him to be, more or less... 'regal', due to the exquisite manner in which he presents himself; calm, collected, languorous - he is far from one who appears to let life bother him at the mildest drop of the dime. One could say that he takes everything he desires at a pace that suits him the most. Prone to doing things both peculiar and perturbing, he isn't one who particularly seems to have the best ethical choices whenever a chance to test the boundaries of nature arise.

Callous and refined, a more mischievous nature lies in wait for those who manage to pierce an otherwise frigid gaze; he responds well to intellect and warmth - things that his parents have ingrained into his mind as an important thing to have. He isn't one who allies himself with the inept and arrogant, instead holding a preference to those who know their own limits and have little desire to boast about them. It's intriguing, to say the least, to see how humble he can be at times,. All the same, he still holds a certain degree of pride - pride of both his genetics, and his intellect. Family is valued above all others; every single thing that he intends on doing, is done with his family in mind. While he may have struck out as an independent scientist, there is nothing that will stand in the way of himself and his family if he so desires it.

As a scientist however, Othniyel is capable of being quite objective; he's willing to do anything, if it's a means to an end, and a biting cynicism can drive others away easily if they're thin skinned. He's a creature of habit, constantly sifting through both the positives and negatives of any situation before addressing them without fail or hesitation. Intellectually, he is a prodigy - even if he prefers to not flaunt his gifts, he certainly doesn't squander them either. His ability to outthink many has led to quite the amount of humorous exchanges, although it doesn't do much for any who view him as a "selfish, cruel creature."

Yet, unexpectedly, there's a love for nature in all of it's splendor for him - in his youth, his mother preferred to take him with her out into the wilds, to allow him to see the world with his own eyes instead of through the looking glass. Because of this, he's more in tune with nature than one would expect him to be; although unfair to many, he holds a love for it that's not exactly the purest, although it's still there. As one who believes in watching the world thrive in it's natural state, the variables he introduces to ecosystems can prove to be either for the best, or the worst; he isn't one who goes out of his way to destroy the precious circle of life however, as he tends to rectify any mistakes he may make in the process of collecting data, and anyone who may attempt to harm something that he enjoys in full is more prone to seeing his anger than anyone else.

His temperament may seem calm, but it would do one well to remember that he's a predator; not only is he quite the capable entity when it comes to defending himself, but Othniyel has very little problem with completely eradicating someone if he feels that they're a threat to something that he particularly cares for.He is very in touch with a mindset that can be seen as "feral" to others; he can be lazy - an aforementioned languorous nature leading to a distinct preference for a social life that's both varied, and incredibly preferable to the hours of the night. Most times, if he isn't being bothered with the latest experiment, he's out enjoying brief periods of activity with his family - grooming and intimacy are merely things that... come with the package.

Flippant, and to some degree proud, he hardly has a desire to be patronized - such a thing may be enough to incite his wrath, from what little of it he allows to be put on display. Although he has little desire to make someone's life hell, his unrelenting, vindictive nature may be perturbing to some - he can, and has intimidated others with both his casual disregard of their thoughts, emotions and opinions with collected responses. Any semblance of playfulness can vanish in an instance, and the only few who have been on the receiving end of the occasional flares in temper have not taken it as the freedom to do something that vexes him to a great degree more than once.

But there are many sides to the coin that makes up his personality, and his likability is purely based on the few, more subtle things about him that don't make themselves glaringly obvious.

Too bad he hardly makes such things known, eh?