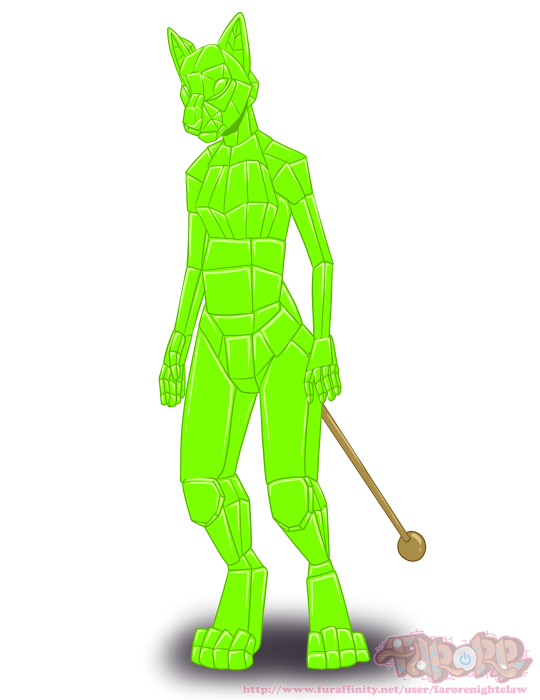 Limoncello the rock candy cat! It's lime flavored. A buddy of Pudding, it's less concerned with turning people into food and more interested in finding someone who will want to eat it. It derives sexual pleasure from being eaten.

It's made entirely out of rock candy, except for its wooden tail. It can be eaten completely except for the tail and will recrystalize into a whole kitty again from that, building up around the tail until it's fully formed again.

for the idea that sparked this design.