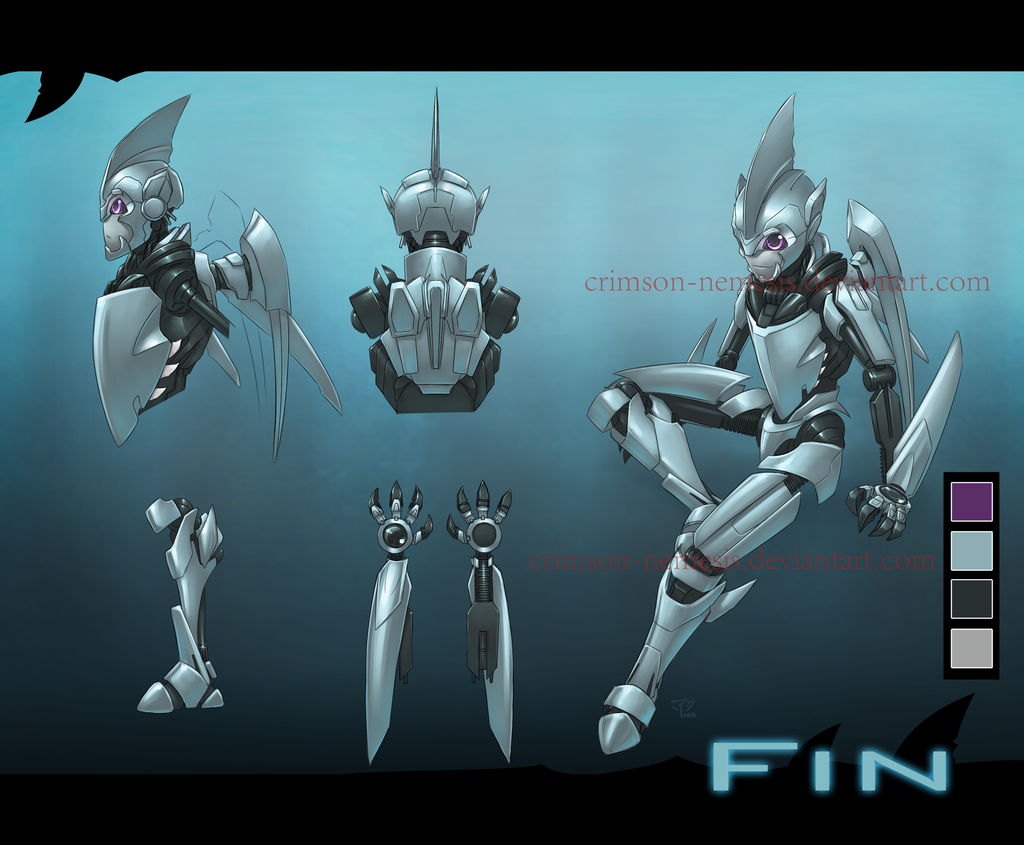 Fin used to be part of a group of researchers long before the war. During one of their explorations on an oceanic planet he got left behind during a storm with no means for long range communication or any possibility to leave the planet on his own. So he spend most of his long life on that planet, mostly in his alternative form, either going after his business and exploring his surrounding or in a deep recharge cycle to save his energy in the hopes that his short range emergency signal might be heard some day.

He got picked up eventually by the Twins (Neo and Nea) who were originally in search of data on a crashed ship and discovered an unusual curious and to this time, very ugly fish. While learning about the war and the fractions and everything that happened during his absence Fin decided to remain neutral and not get his head into any sort of war as long as possible.

Despite his young look and small stature Fin is quite old and a walking encyclopedia when it comes to organic lifeforms, espacially marine life. So he can be good for a solid and scientific conversation, but outisde his expertiese he is easily mistaken for a child considering his way of talking and acting. He is very curious and studies whatever lifeform comes across and to compensate his long period of silence he likes to explain everything, out loud, much to the discomfort of his companions.

Other than that Fin is a kind and considerate mech. He doesn't have any weapons except his claws and he can create a wide array of high and low frequency sounds that were originally intended to help him immitate and communicate with marine lfieforms, but can also be used to distract or disturb enemy units. But due to his very light frame and nearly non existing preotective plating he stays out of battle. His small appearance and advanced hearing might be useful for scouting purposes but if possible he stays far away of any sort of danger.