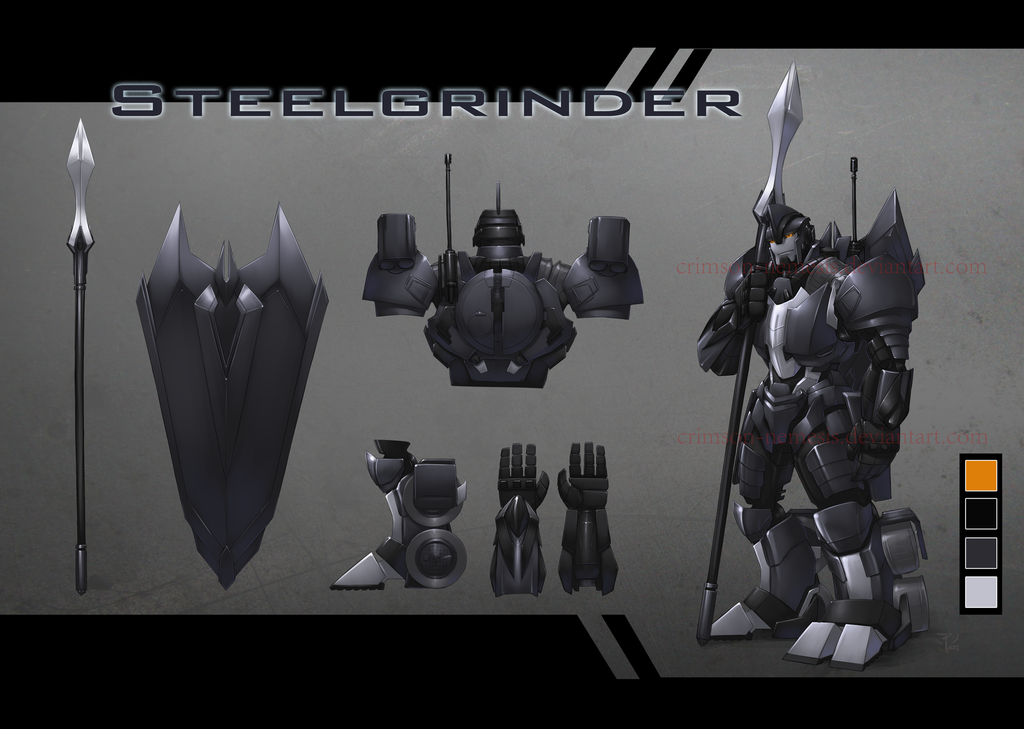 Steelgrinder used to be a con till he happened to cross paths with Void resulting in him loosing parts of his left arm, his former sword and a good portion of his dignity. While he could replace missing parts he had trouble re-establishing his position within the cons ranks. To correct this mistake he decided to hunt down Void - didn't turn out as expected. Long story short the two of them came to an arrangement and for the time beeing Steelgrinder decided to join the autobots (rather to join Void though the faction behind seemed a necessarry appendage to him).

He has a love for weapons of all sorts and spends many hours developing, building and maintaining them. All of his own weapons are specially programmed to only function correctly whit his own energy sigature, making it difficult for enemies to use a captured wepaon of his at all. Other than that he doesn't enjoy much and sees the world around him as a rather boring and mundane place - he does things if necessarry but hardly finds interest in most of them. He's not a brooding or depressive type, he just keeps most of his thoughts to himself and only talks if necessarry.

Beeing around autobots sometimes causes him to get edgy but while he manages to keep calm and remain a steady attitude he has a hard time following their orders in battle, seeing their methods as rather inefficient. He doesn't care for mistrust against him from his new comrades and usually avoids or ignores them but tends to get talkative and rather friendly when around Void (might be Void's charming character or his ongoing chatting might cause Steelgrinder#s circuits to glitch - hard to tell).

when not in use he usually carries his shield on his back - though he needs to detach his rocket pods in favor for the shield.