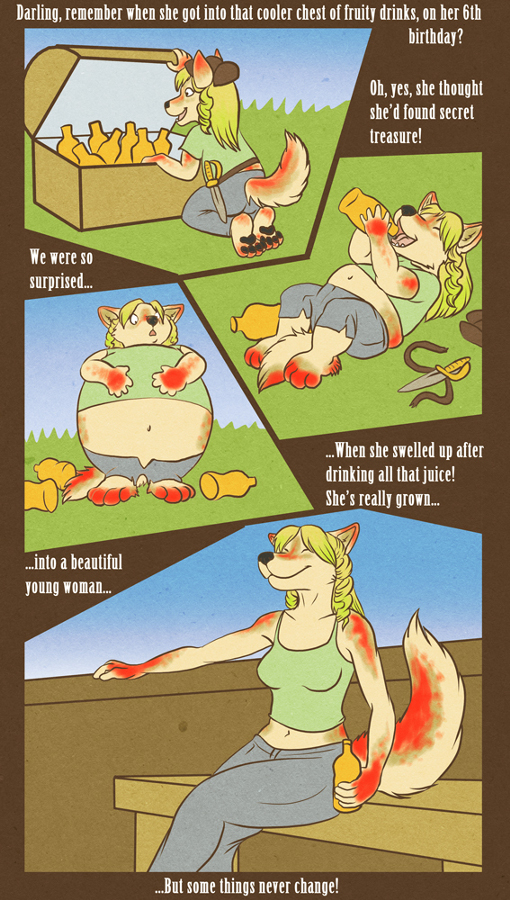 The Hutchenses always wanted a pup of their own. After years of effort and no result the Mrs. became desperate and pursued a tale of a tree whose fruit could help her conceive. Overjoyed as they were to discover that not all myths are without substance they learned only at their daughter's birth that Prudence, quickly to be nicknamed Peaches, was a little different.

Prudence is plant hybrid, though how much wolf and how much plant is unclear she does at least appear as a wolf. Her unusual coloration resembles that of peach fruit, presumably the aid in her conception. She lives a fairly normal life barring a case of severe fluid retention that results in her figure being in constant flux. Her body seems to handle the issue well, by whatever means.