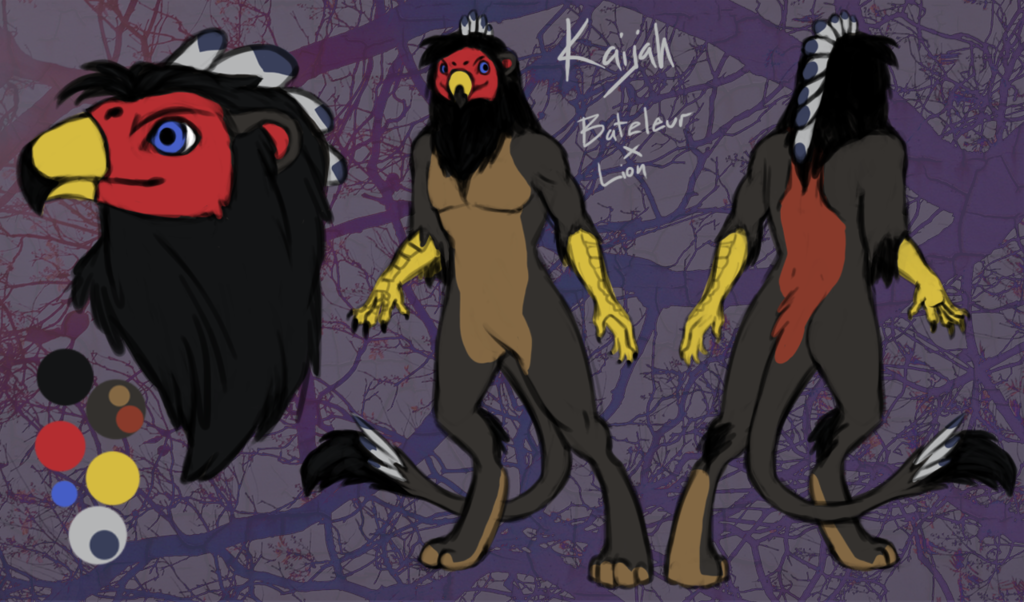 Kaijah is a male griffin with a gruff personality. A warrior once upon a time, the loss of his wings rendered him unfit for duty. He was instead put on protective duty where he was assigned to a cat named Sayna. He begrudgingly did his job at first, but after a time they became best friends. Some would even say they completed each other.

He has no romantic inclinations and is content to keep it that way. Favorite pastimes are brooding, preening, and pretending not to smile at Sayna's antics.