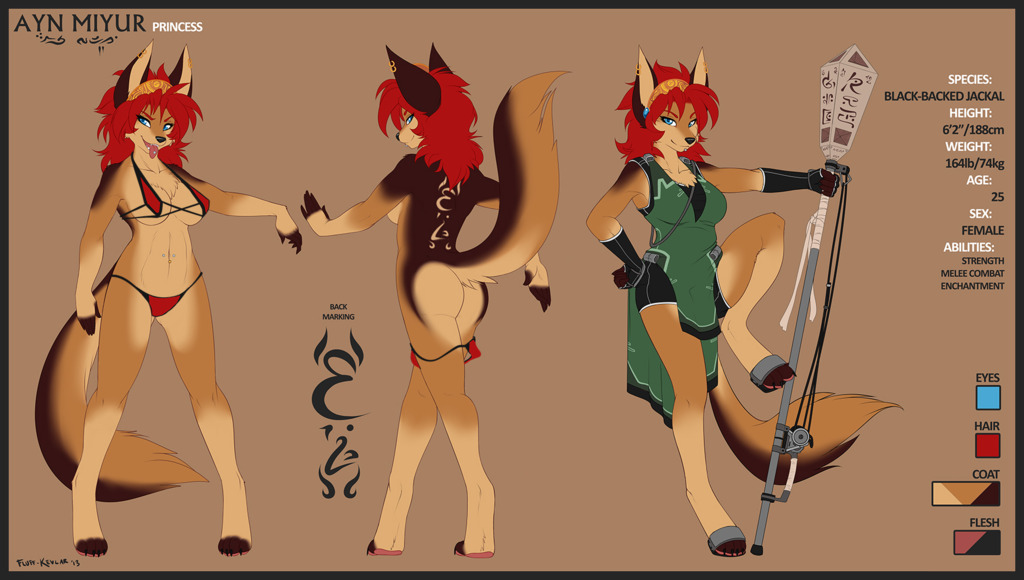 I'm happy a lot of people like Ayn, and I had a lot of fun doing her sheet. She's the laid-back, sarcastic, deadpan, confident sex fiend she's always been, it's just the difference with her is that it's built into her character. Born to the daughter of the King of Siania, she also, by chance, was born with the marking of the avatar of their dominant religion on her back, becoming the incarnation of the current cycle's god Habinah, of lust and fertility.

She grew up hating being both a religious and political puppet, so on her 18th birthday she instead became the galaxy's best and most controversial escort and exotic dancer. And her country can't do anything about it. She revels in power but honestly is apathetic towards using it too much, and does, deep down, just want friends, having grown up without any, under constant protection.

Her weapon is a stone key taken from her temple, the cables and handle are there for combat. She dances while fighting, using it as a pole, and the stone key as a counter-weight to generate higher momentum, speed and power, or to throw it, yanking herself along.