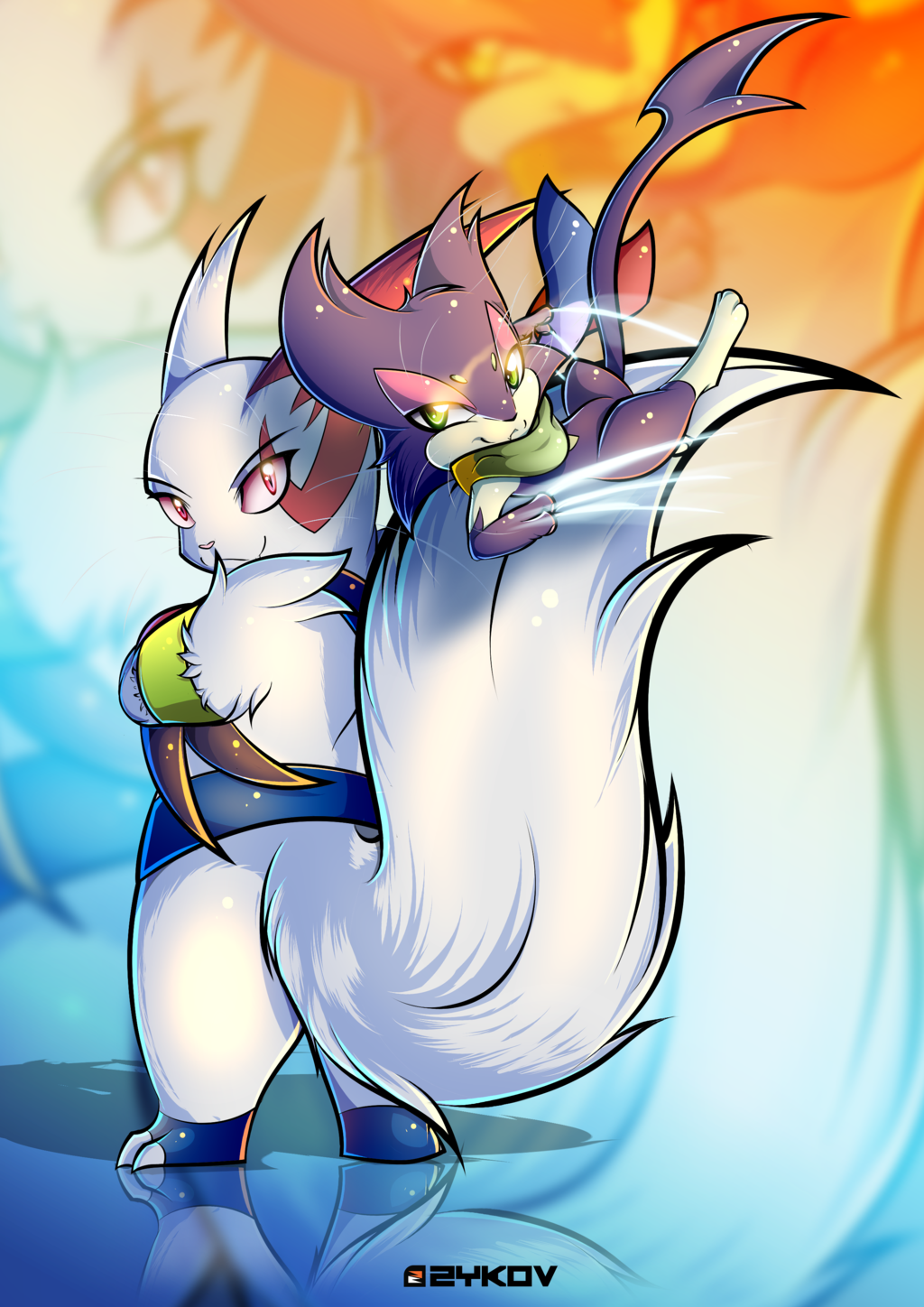 Zangoose is a kind-hearted, intelligent and straightforward pokemon with a photographic memory and a constable in his home town, Ridge City, who is extremely dedicated to his job, he is the "first in, last out" pokemon in his department. He is very passionate for life even if he usually appears rather mellow and sometimes even bossy. Purrloin is a former homeless and extremely talented and sneaky thief with cunning but kind and sympathic personality, who always wears a scarf made by his mother. The two met when Zangoose was chasing a robber and Purrloin showed up to put this down. However Purrloin didn't have any intension to give the robbed money to the police since it was something the other robber stole from him a moment ago. For a while the two had a love-hate relationship which started to turn into a frendship when Zangoose and Purlloin got into a situation where they had to save each other.

Purrloin started to help Zangoose solve cases in a way that would've otherwise been forbidden and illegal. Zangoose didn't approve of this at all but Purrloin kept going and thanks to him, many pokemon were arrested. When the two's bond had become extremely strong and they formed trust in each other, Zangoose offered Purrloin a home at his place, but only if he promised to give up his life as a thief and get an honest job. Purrloin agreed because the only reason he was stealing was to survive, just like many other homeless Pokemon. Shortly after moving in Purrloin was inspired to attend to a police academy in order to work by his friends side and after graduating he joined Zangoose's department.