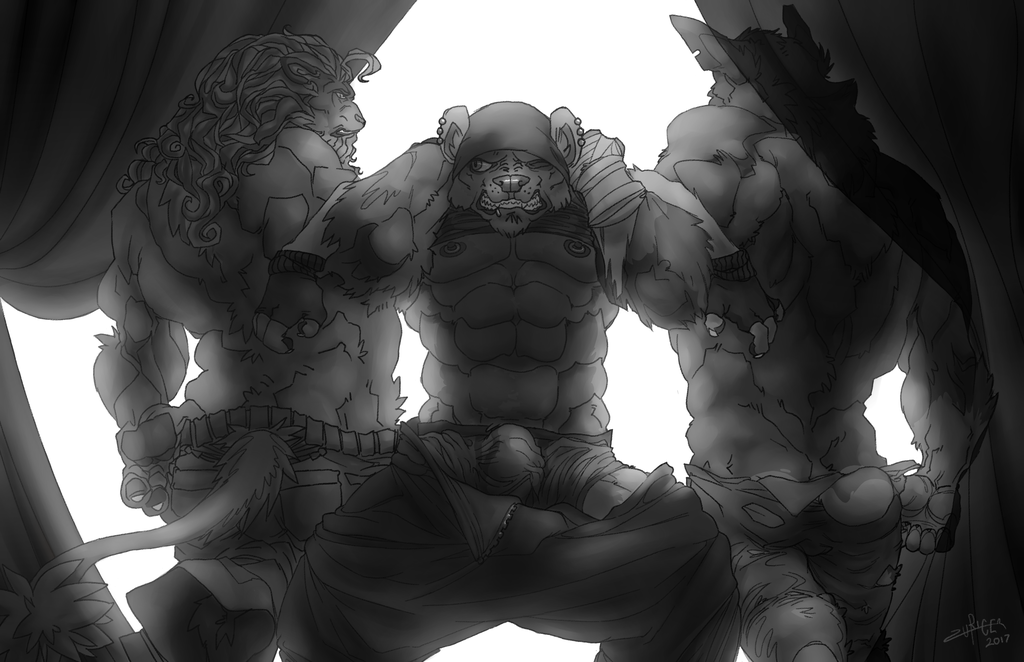 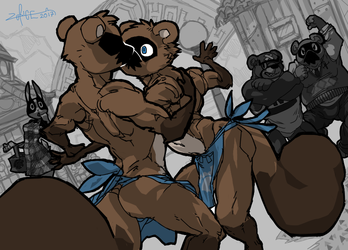 "In the meantime, we will make an example out of you."

Another one of my old "reworks" that I just could not lead into success, this piece has been in the works forever. The initial sketch of the middle character was scribbled about three or four years ago, and I slowly added the surroundings over time. Dead front has always been a very weak angle for me.

For whatever reason this ended up having a huge resolution. In the interest of not potentially screwing its quality, I decided not to downsize it. I apologize for this inconsistency.

I decided to use this piece as a training ground for new lighting techniques. It shows, I trust.

Hidden in several dozens of layers lie numerous experiments I executed in the name of improvement. The characters even had colour at one point, too. Base colours, that is. I attempted to explore deeper into the territory of hues, but the rough nature of the line art conflicted with the softness I tried to incorporate within them. Furthermore, I would have needed to deal with the ever present void of the background. So I decided to stick with greyscale. It is a comfort zone for me at this point. I made progress, this will do.

The overabundance of thick lines is starting to feel like an issue. I need to experiment with more elegant tools, preferably ones utilizing pressure.

The old mistakes I left untouched infuriate me. The tiny legs of the henchmen, the strange twisted elbows and the strategically lazy background... Sigh. But it is an old piece, I should let it be. Time to move on.