Alexander - God of Water by Zummeng 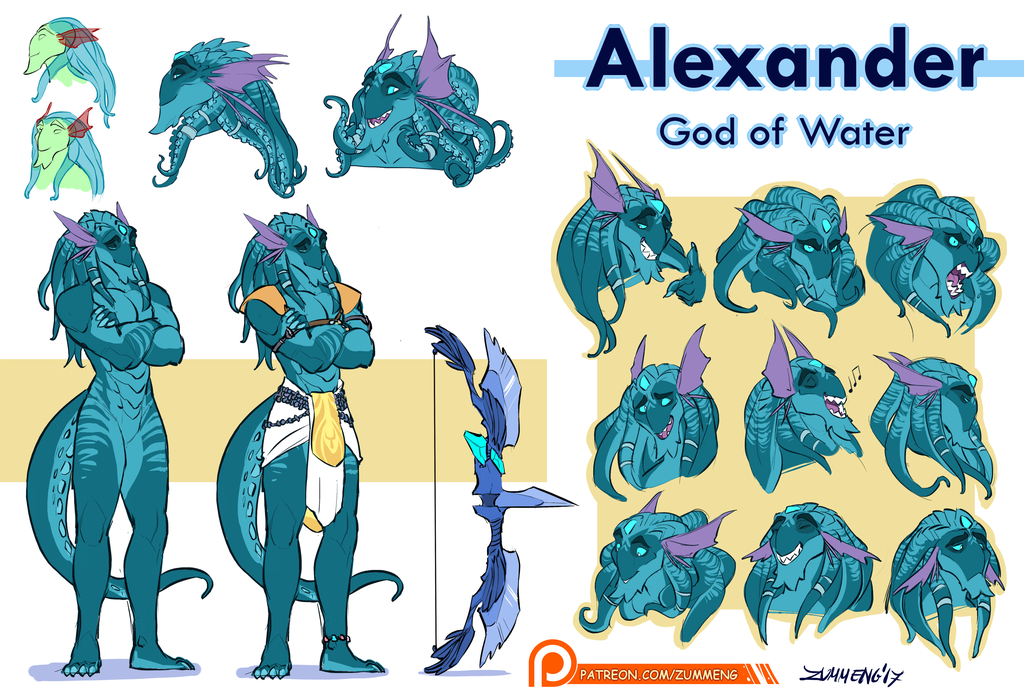 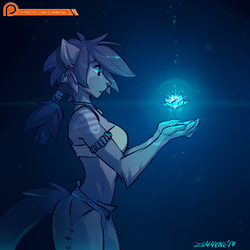 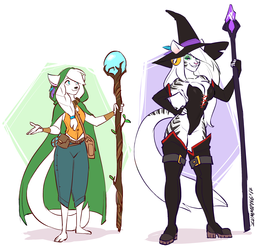 I could finally find a name for him! :> From now on, he is Alexander, Alex for his friends, or Blue Daddy :D

When I started the „Gift from the Water God” comic, the characters just came randomly, I haven’t made any reference sheets about them, I just made them up on the go. I made a reference sheet for the Water God, because I want to carry him over to another story. I started to work out his personality, what his role will be, and played a bit with his design.

Compared that he is the almighty ruler of water and rain, I imagined him as having a funny, colorful personality. I’m sure it won’t be a surprise for those who have seen the Water God comic, that Alex is quite a womanizer in that other story too. He’s always staring at the girls’ pretty parts, and he’s always bothering them in the most inappropriate moments. He just can’t hold himself back, and that’s why his efforts are usually rewarded with a few slaps in the face. Just because he’s a god, not every woman wants to lay with him :D There is actually a sad reason why he’s always trying to get his hands on every woman he sees, but that’s another story ;) He’s much more than first meets the eye.

This reference sheet is not definitive or complete yet. But it’s good for a start, right? Anything can change. I hope you like Alex so far! :>

A few detailes about Alex:

That’s all about him for now. I hope you like him, and I hope I can make a bit of a progress with the other characters too in the near future! ^^

If you like my original contents, and would like to see more in the future, please consider supporting me on Patreon! You can see my works and comics one week ahed, and you get access to exclusive sketches, WIPs, PSDs, votes, Q&As and more! :)