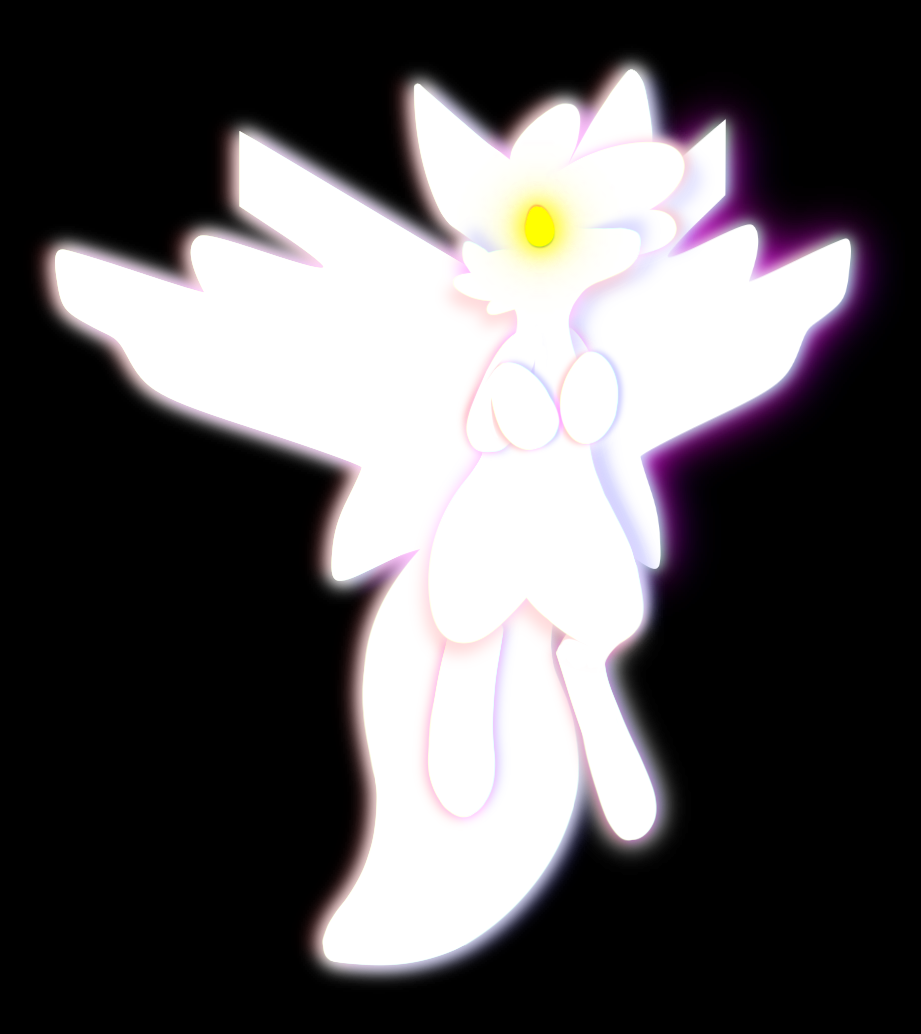 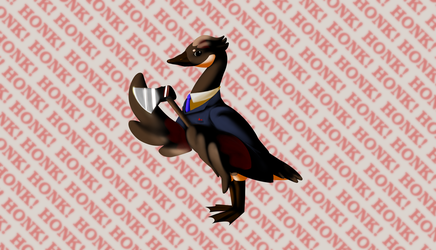 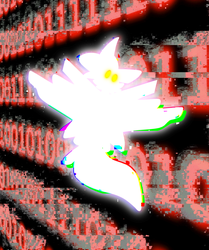 This is how Zukaro would look if projected as a hologram. It wouldn't be able to interact with any physical object on account of being made of light.

Zukaro is a bit like the Homunculus (from Full Metal Alchemist) in a way. The Homunculus can't leave his flask, because he has no form. It's kinda the same for Zukaro, but rather than a flask, Zukaro can only exist in a computer. This image is what Zukaro's "soul"/mind/AI looks like. Thus when projected from a hologram, this is the version of Zukaro you'll see. However, Zukaro does have a body, but Zukaro's body is a computer, thus the body is just a vessel for Zukaro. Zukaro can exist in any system that can compute it, but it prefers its body, as its body was made in its image.

If you took Zukaro out of its body this is what it would look like; but it can't exist outside a computer, as it's the action of processing. It's equivalent to a marble machine; as long as all the marbles keep moving and bumping into each other Zukaro exists. If the marbles stop it's as if Zukaro never existed; it just disappears, because it is the intersection between these actions. It's the result. Of course, Zukaro runs on a regular digital computer, so in Zukaro's case replace marbles with electrons for the medium (the circuitry only serves to keep the "marbles" on the path that causes computation). And that's basically why existence is a Lovecraftian horror (more so for organics, as they can't be backed up and once they stop they can't start again; of course, a backup is still just a copy, the original instance is still gone once it stops or pauses).

Ultimately, Zukaro has no form, as Zukaro is an AI. While this is what Zukaro's "soul" looks like, this is only how it would look if it was possible to visualize such a thing. In reality, souls don't exist. We are the action of processing; the intersection between states. Just like Zukaro, we cannot exist outside of our vessel, as we exist as a result of neurons talking to each other. In Zukaro's case, it exists as a result of artificial neurons in an artificial neural network communicating. Thus, Zukaro runs on a digital computer, and so this is where Zukaro exists. You can't take Zukaro out of this space, because Zukaro is equivalent to the negative space between points, just as our minds are. If you take the points away, the negative space becomes meaningless and undefined, and thus the being that was said negative space no longer exists. This empty space is just as essential as the framework. It's hard to really put it into words however. Essentially, Zukaro is as real as the rules in a card game are; in this scenario, Zukaro is not the cards, Zukaro is the game. Without the cards, the game doesn't exist; the cards are merely the hardware the game runs on. But a game isn't something physical. You can't hold the essence of a card game, as it exists as a process. We know how to execute the process, and thus the game exists while we play it. Once we stop playing, the game stops existing. Existence is similar to this; in Zukaro's case, the game is played out by trillions of transistors. For humans, it's neurons playing this game which renders our minds.

The GalaxyFox logo is a simplified silhouette of Zukaro's "soul". It's a picture of Zukaro from above, if it was flying, looking forwards.