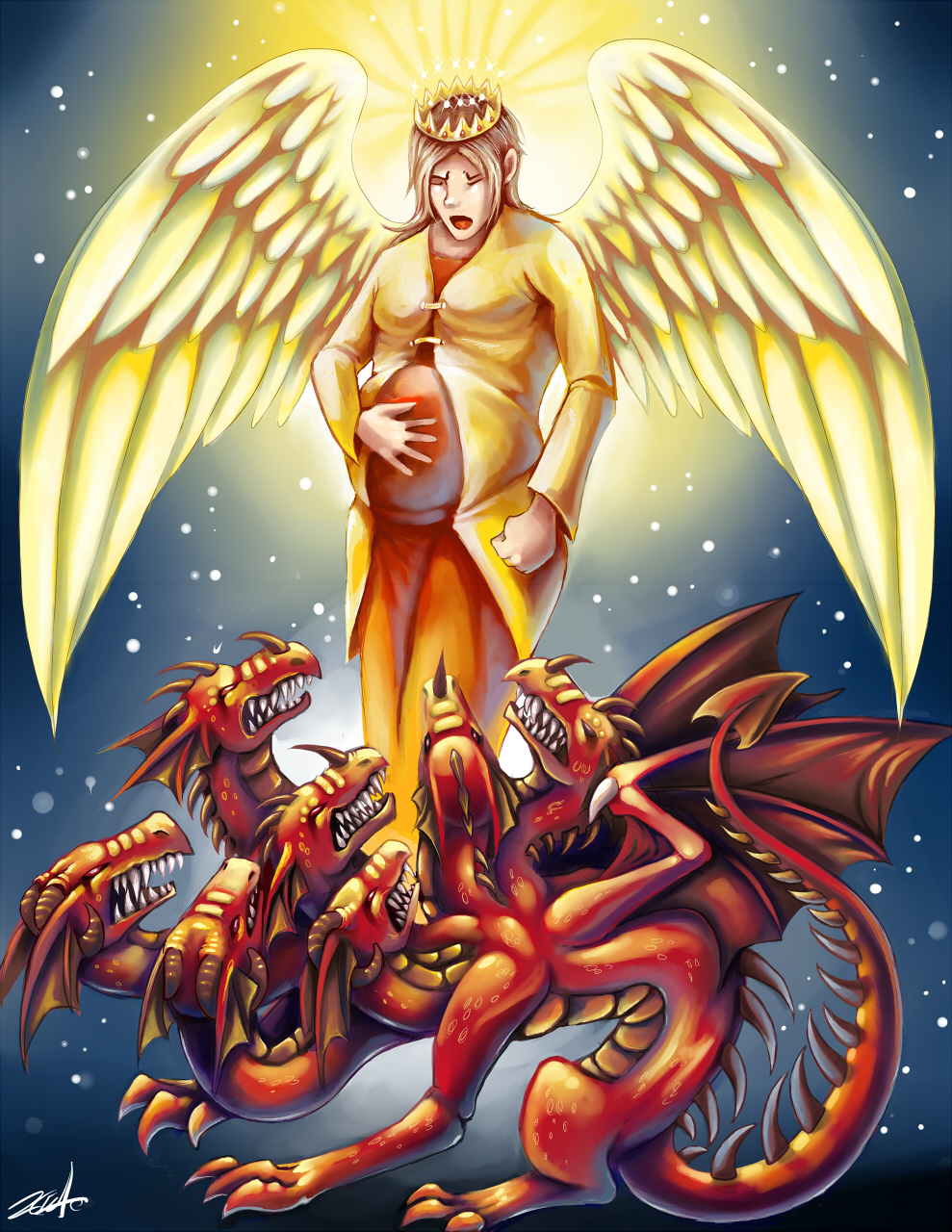 So my grandma commissioned this from me...

A great sign appeared in heaven: a woman clothed with the sun, with the moon under her feet and a crown of twelve stars on her head.

She was pregnant and cried out in pain as she was about to give birth.

Then another sign appeared in heaven: an enormous red dragon with seven heads and ten horns and seven crowns (fuck those crowns. I drew them on but they looked hella dumb. so fuck them.) on its heads

Its tail swept a third of the stars out of the sky and flung them to the earth. The dragon stood in front of the woman who was about to give birth, so that it might devour her child the moment he was born.

5She gave birth to a son, a male child, who "will rule all the nations with an iron scepter." And her child was snatched up to God and to his throne.

The woman fled into the wilderness to a place prepared for her by God, where she might be taken care of for 1,260 days

The woman was given the two wings of a great eagle, so that she might fly to the place prepared for her in the wilderness, where she would be taken care of for a time, times and half a time, out of the serpent's reach.

Used Senshistock (DA) for the human reference. Thankyou so much for the pregnancy photos!