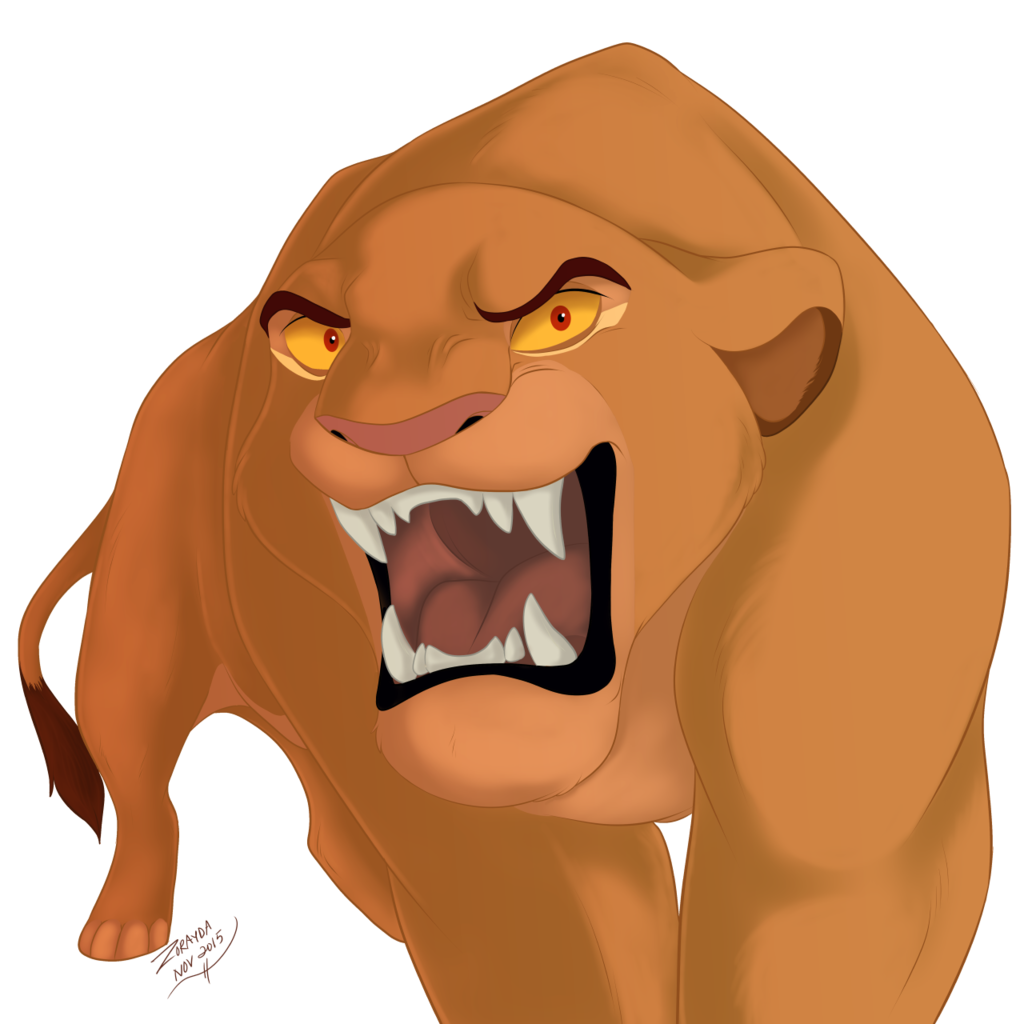 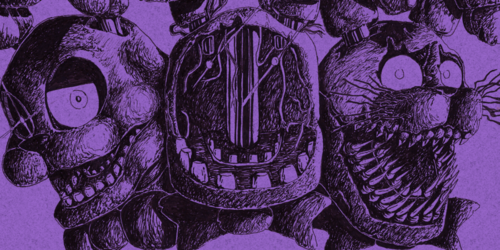 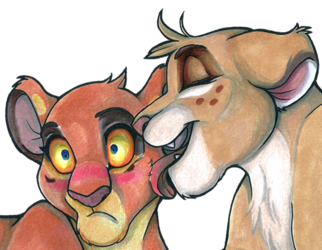 "Mom... Momma," the little golden cub sobbed as Sarabi held him, his eyes glossed with tears that seemed to never end. "U-Uncle Scar, he... he told me you'd be s-so mad, but... promise you won't hate me? Please?" Simba begged, tiny shoulders trembling.

Bewildered, Sarabi's brows knitted tightly together. What did Scar say to Simba to have him so worried? Shushing him, the queen reassured her cub in her soothing voice. "Shh, shh, it's all right. I could never hate you, my baby." She glanced over him and looked around, wondering still where Mufasa had gone. He would never leave Simba alone, so why hadn't he shown up yet...? Her worry was beginning to fray her nerves, though she didn't allow that to show on her face.

Sniffling, Simba murmured something in a shaky, inaudible voice. "Simba, I'm sorry baby, but I can't hear you," Sarabi chided gently, rubbing her cub's back with a large paw.

Sarabi didn't really hear her cub's stammering after his announcement that Mufasa was dead. What? No, she'd just seen him this morning, he went on patrol with Zazu! He wasn't dead, that was impossible. Mufasa, of all lions? Her mate was strong, and smart--he wouldn't be...

"I'm sorry Momma! Please, please don't hate me! Uncle Scar said... he said if it w-wasn't for me, Dad wouldn't be dead, but it was an accident! Dad tried to save me from the wildebeest stampede and--"

"Scar said what?" Sarabi interrupted, voice sharp. Simba quieted at once, ears flattened back in terror. Sarabi had long stopped rubbing his back, though she still held him in her paws.

"He said... um, "The king is dead, and, a-and if it weren't for you, he'd still be alive." Then he asked what you would think, and told me to run a-away, and then there w-were hyenas! And they chased me, I g-got away through the thorn patch b-but I found a way back home, I was so lonely and tired a-and..." Simba broke down into sobs again, as if the weight of the world were on his shoulders. Sarabi's mind raced, confused and in disbelief and shock at first, but then puzzle pieces began to fall into place.

Mufasa was dead. Scar tried to banish Simba and make him feel immense guilt so he would stay away. Hyenas chased Simba down with no warning.

Scar was trying to take the throne by force, and in doing so, had killed her mate somehow and attempted to murder her only cub.

Sarabi pulled away from her son, gaze unreadable. Simba glanced up at her and shrank back at the gleam in her eyes. "Simba, listen to me carefully. Find Nala and her mother. Don't let yourself be seen, and don't tell anyone else you are back home. Tell them I said to keep you hidden. I am going to settle some things with your uncle."

Scar thought the hyenas would keep him safe. What he didn't bet on was the wrath of a queen.

[This is a commission for Daemon of Sarabi in a super angry expression! I hope you enjoyed the image and the mini-story that went alone with it!]