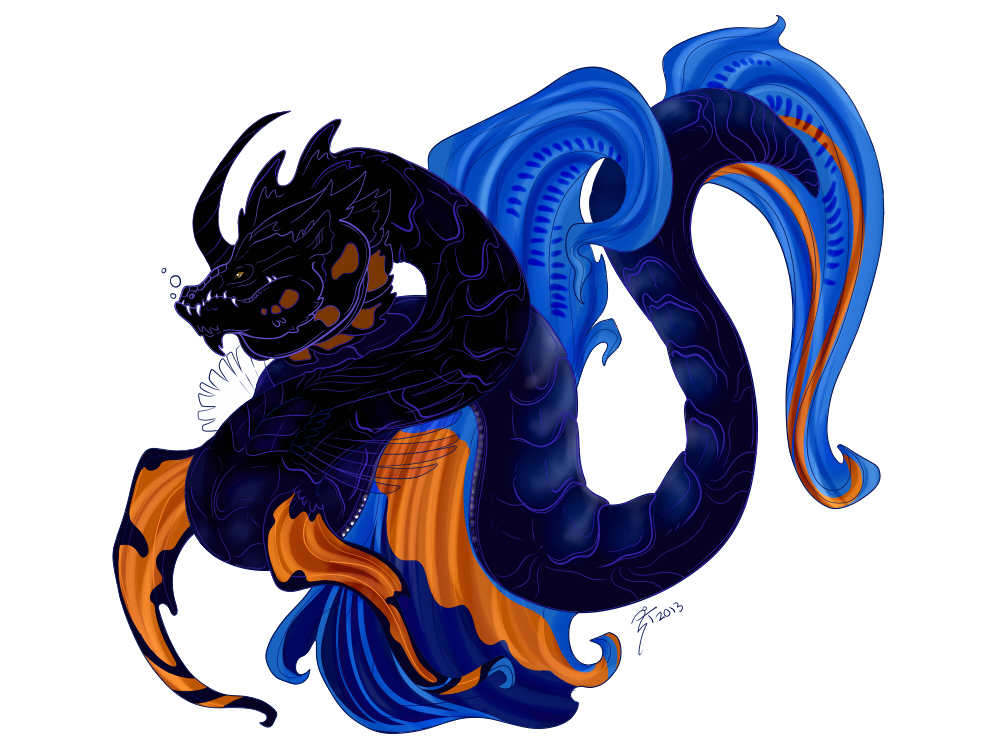 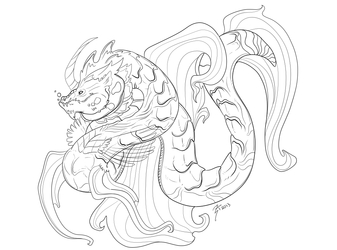 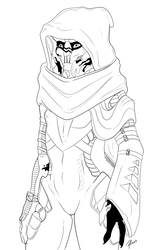 Coloured version of my Betta Dragon. :/ I see my silly fish now, swimming about his tank like a crazy face.